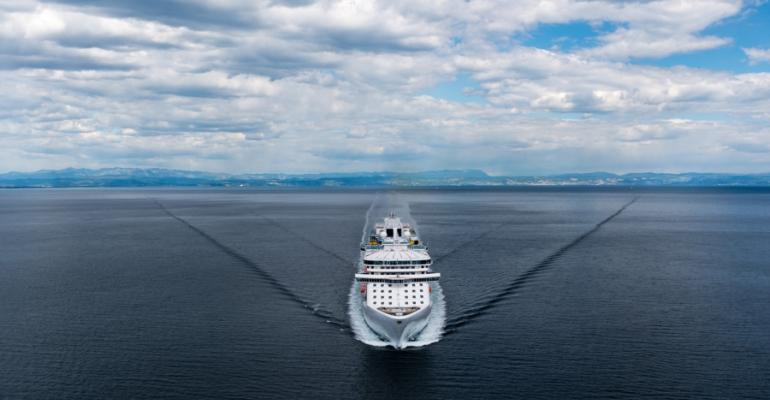 Update adds brokerages' price comparisons with previous Princess newbuilds. Princess Cruises reached an agreement with Fincantieri to build a ship to enter service in 2017. The 143,000gt vessel will be built at an all-in cost of €600m.

It will have 3,560 lower berths, and features the design platform introduced by sister ships Royal Princess in 2013 and Regal Princess, which entered service in May.

A newbuild order from Carnival Corp. & plc had been anticipated before summer's end. This is the only ship delivery planned for the Carnival group in 2017, according to Princess president Jan Swartz.

'We are incredibly excited to add this fabulous new ship to our already formidable fleet,' Swartz said. 'Royal Princess and Regal Princess have been exceptionally successful for us and have received numerous accolades from guests, travel agents and media, so adding another sister ship will enable us to continue to expand our innovative vacation experiences.'

Wells Fargo Securities put the cost of Royal Princess and Regal Princess at $727m each, or $204,000 per berth, and said the difference with the third ship is partly driven by the exchange rates at the time of the orders' announcement: $1.34/euro now versus approximately $1.30/euro in May 2010.

The design will have a central atrium hub with multiple dining, entertainment and retail venues; the adults-only Sanctuary and a Movies Under the Stars cinema. Eighty percent of all staterooms will have balconies.

Princess said the design will also include some innovations, to be announced later.

'All the orders we win are important for our group, but some are more special than others. The one we're announcing today certainly belongs to this select category,' Fincantieri ceo Giuseppe Bono said.

Bono called it 'a source of great pride to be able to immediately build another ship for a prestigious brand like Princess Cruises following the successful deliveries of two jewels like Royal and Regal, which have already become part of maritime history.'