Princess premieres 'Magic To Do' from 'Wicked' composer Stephen Schwartz 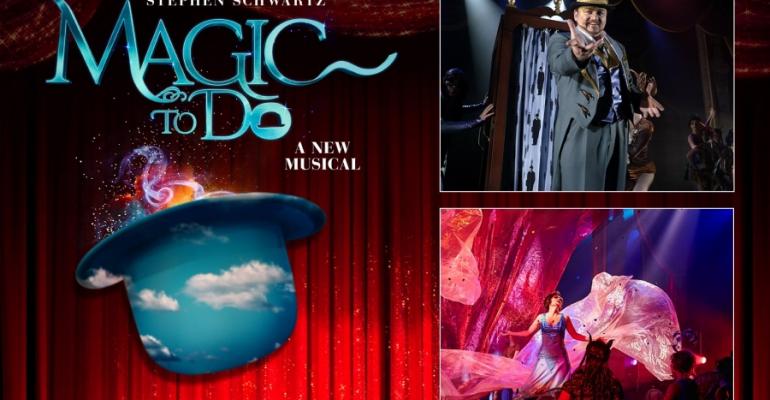 Princess Cruises raised the curtain on 'Magic To Do,' its new musical revue from Stephen Schwartz, the Oscar, Grammy and Tony award-winning composer of 'Wicked,' 'Pippin' and 'Godspell.' The show premiered Saturday aboard Crown Princess at a special event with Schwartz and the show’s creative team at the Port of Los Angeles.

Schwartz’s first production for a cruise line, 'Magic To Do' celebrates his lifelong fascination with magic and combines thrilling illusions with some of his most famous songs, such as 'Magic To Do' from 'Pippin' and 'Defying Gravity' from 'Wicked.' The show also includes a new song written exclusively for Princess called 'A Little Magic.'

'Magic To Do' is now running in the Princess Theater aboard Crown Princess and debuts aboard Ruby Princess and Emerald Princess in late fall.

Princess's relationship with Schwartz involves a multi-year collaboration to oversee the creative development of four new musicals to debut across the fleet over the next several years.

'Working with Stephen and his creative team on this brand new show for Princess Cruises has been an incredible honor and such a collaborative effort with our entertainment team,' said Adrian Fischer, vp entertainment experience for Princess. He added that 'Magic To Do' can only be seen on a Princess cruise.

During 40 years in entertainment Schwartz has won four Grammys, three Academy Awards for 'Best Song' and 'Best Score' for 'Pocahontas' and 'Best Song' for 'The Prince of Egypt' and last year he received the Isabelle Stevenson special Tony Award. He is the only songwriter in Broadway history ever to have three shows run more than 1,900 performances.

Schwartz said the development of 'Magic To Do' has been great fun and enormously gratifying.

'I’ve been waiting for a long time for a first-rate revue of my work, and I think this clever combination of my songs with virtually all the great magic illusions in history could finally be it,' he added.

The 'Magic To Do' trailer is here.