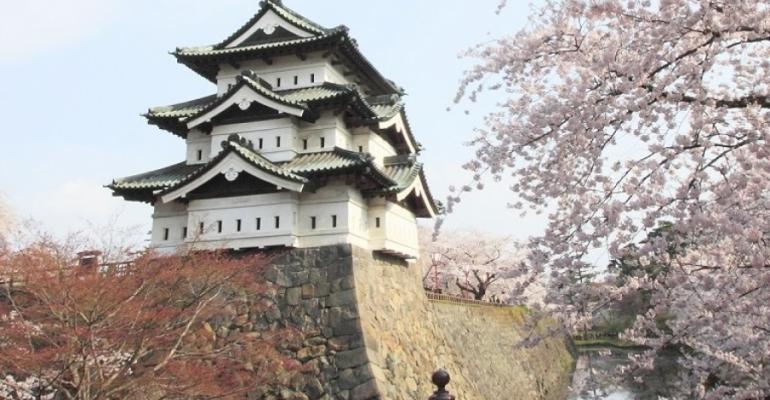 Princess Cruises' 2017 Japan season is its longest yet with voyages from Yokohama (for Tokyo) and Kobe that circumnavigate the country, visiting the top-rated cultural ports. With 39 departures and capacity for 75,000 passengers, the upcoming season offers a 27% increase over 2016.

With maiden port calls to Tsuruga, Japan, gateway to Tojinbo Cliffs and Eiheiji Temple, along with visits to South Korea, Taiwan, Russia, Hong Kong and Vietnam, the voyages are designed to offer opportunities to explore UNESCO World Heritage sites and to participate in some of Japan’s largest and most celebrated cultural festivals and special events.

In addition, two Land and Sea Vacation packages will take travelers into the heart of Japanese culture in Kyoto, Tokyo and the UNESCO creative city of Kanazawa.

The voyages are open for sale on Japan-built Diamond Princess, and range from five to 17 nights, with 31 destinations across the six countries. The 2017 program runs from April through November.

Eight- to 17-night voyages visit the Aomori Nebuta and Akita Kanto festivals, with late night stays in both cities. The Aomori Nebuta Festival features fabulous floats, drummers and dancers. The Akita Kanto includes a procession of 200 bamboo poles with lanterns weighing more than 100 pounds, all carried on the palms, foreheads, shoulders or backs of the celebrants.

Ten UNESCO World Heritage sites are in the Princess program. All of the line’s Hokkaido Island voyages feature scenic cruising of the Shiretoko Peninsula, one of the richest integrated ecosystems in the world and among Condé Nast Traveler's 'Cruise Wonders of the World,' including a late night stay at Hakodate, home to Mount Hakodate cable car with its breathtaking after-dark views.

There are five-night voyages on July 21, Sept. 13 and Sept. 26, 2017, sailing round-trip Yokohama to Busan, South Korea, and either Nagasaki, Kagoshima or Shimizu, known for spectacular views of Mount Fuji. In addition, a five-night cruise June 30 between Kobe and Yokohama stops at Busan and Nagasaki, with scenic cruising of Hasmina Island (Gunkanjima), known for its stark landscape from Hollywood movies.

Two multi-day land tours are available to add on to most cruises. The 'Highlights of Japan' cruise-tour includes the main sights in Kyoto and Tokyo, such as Nijo Castle, the Golden Pavilion and popular gardens. Tokyo tours explore this fascinating city before heading to UNESCO World Heritage sites Mount Fuji, Togendai and Lake Ashi.

The new 'Temples & Traditions of Japan' package is an extended version of 'Highlights of Japan' with two additional nights in the UNESCO creative city of Kanazawa. This area is rich with culture and tradition where visitors experience Higashi Chaya, the Geisha district of Japan, as well as Nomura Samurai House. Tour participants have the opportunity to see a washi paper-making demonstration and sushi-making.