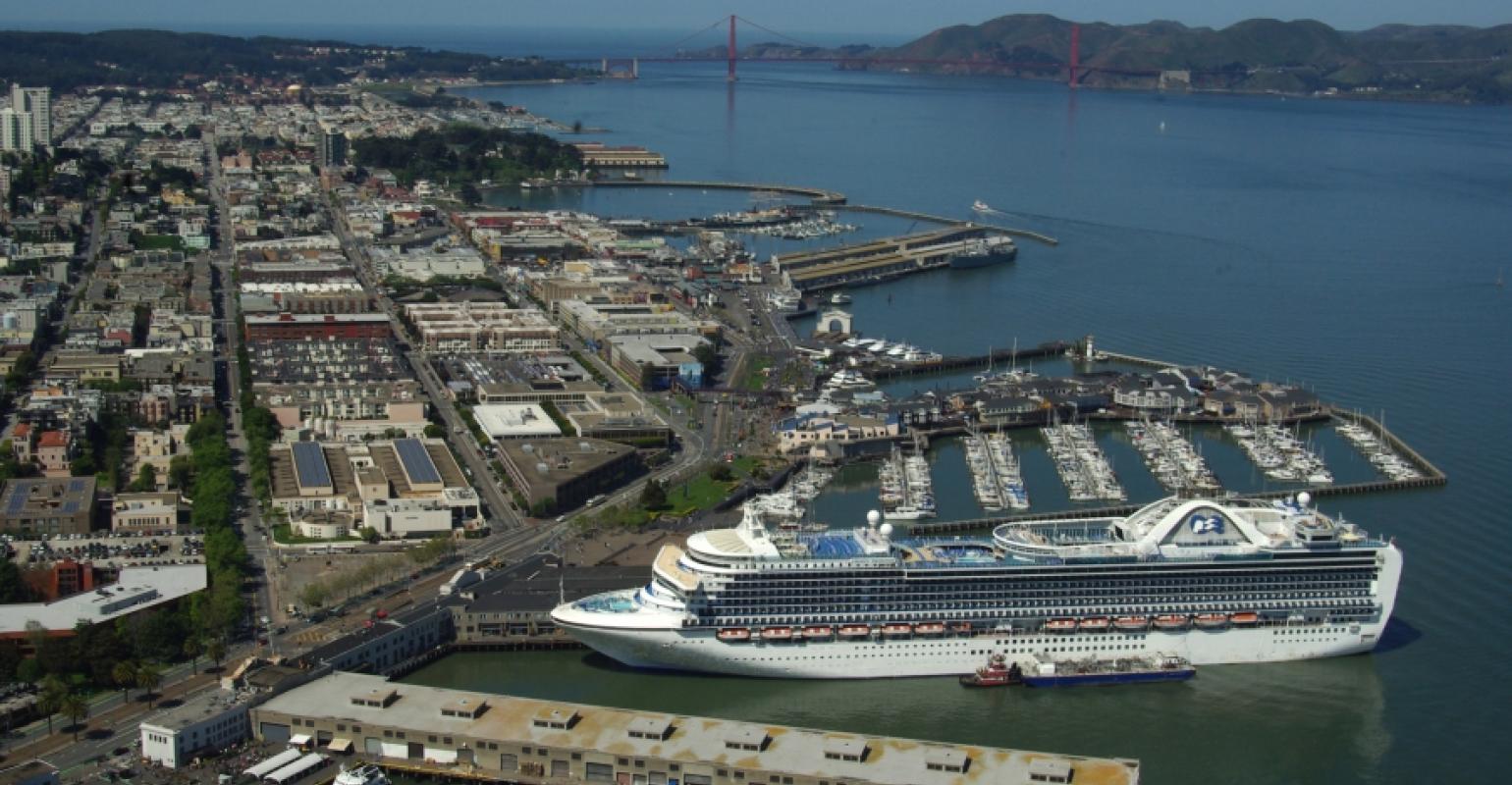 Crown Princess on its April 7 maiden call at San Francisco

Crown Princess, which made its maiden call at San Francisco April 7, is scheduled to become the first ship alongside at the port's new cruise terminal, Pier 27, on Sept. 18.

With its 'expansive vistas and centralized waterfront location,' the new James R. Herman Cruise Terminal is 'the perfect picture frame for all that is both iconic and exciting about San Francisco,' in the words of the port's executive director, Monique Moyer.

Citing the Bay Bridge spires and Ferry Building clock tower, the Transamerica Pyramid, Coit Tower and 'the wonderful homes nestled into Telegraph Hill,' Moyer added: 'From the moment of arrival, visitors will be beckoned to experience the many treasures that San Francisco has to offer.'

Moyer's comments accompany a brochure about the new terminal that is being distributed to cruise lines.

San Francisco serves as year-round homeport for round-trip cruises to Alaska, Mexico and Hawaii. The city positions itself as an ideal stop for world cruises and repositioning calls. Fourteen of the 75 bookings in 2014 are overnight visits.

On non-cruise days, Pier 27 will be used as the city's newest facility for conferences, trade shows and special events. Pier 27 served as the headquarters for the 34th America’s Cup Races last summer when it was the centerpiece of the America’s Cup Village.

Among the attractions that are steps from the cruise terminals are the new Exploratorium science museum at Piers 15/17, Alcatraz and Bay tours, Pier 39 and Fisherman’s Wharf. Passengers starting or ending their cruise in San Francisco may also explore the Napa Valley wine country, Muir Woods, Monterey or Lake Tahoe.

Last year San Francisco hosted 213,000 passengers on 64 calls, the highest number of cruisers since 2006, when the total was 223,000. A record 260,000 passengers on 75 calls are expected this year, according to Michael Nerney, maritime marketing manager for the port.