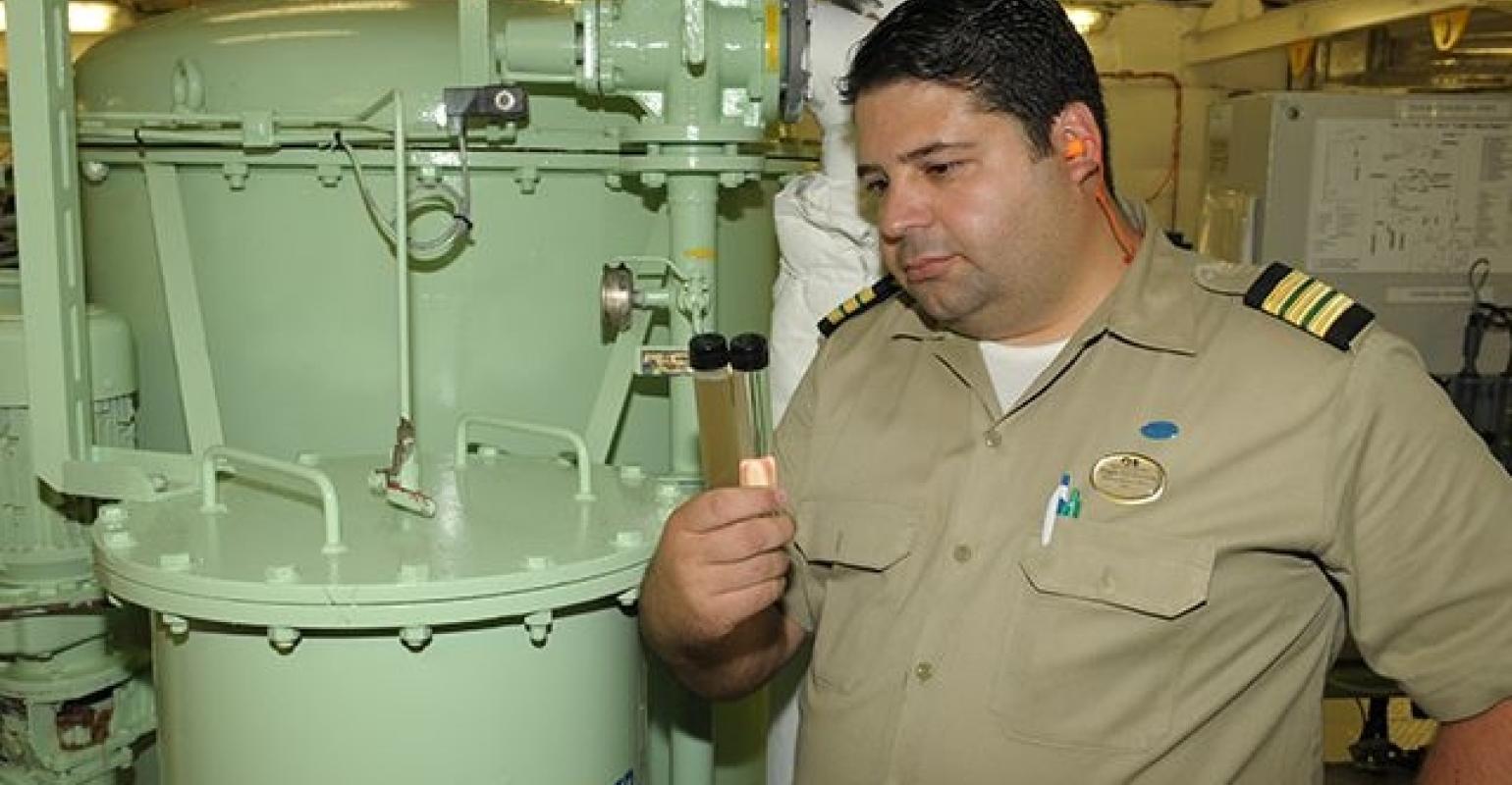 Following the violations, the role of the shipboard environmental officer has been adjusted to include accountability for ensuring that all wastewater treatment system components are working properly, and observing processed wastewater discharge operations

Princess Cruises has accepted responsibility for discharging untreated bilge water in a plea agreement with the US Department of Justice. The company will pay a $40m fine—the largest-ever criminal penalty involving deliberate vessel pollution—and plead guilty to illegal dumping of oil contaminated waste from Caribbean Princess.

The line is pleading guilty to seven felony charges stemming from deliberate pollution of the seas and intentional acts to cover it up, the DOJ said in announcing the plea agreement today in Miami.

The case, under investigation since September 2013, involved some employees bypassing a bilge water treatment system. This was discovered and reported to the British maritime authorities, the US Coast Guard and, subsequently, the US Department of Justice, triggering a three-year investigation.

In cooperating with that probe, other areas were discovered where the company was operating out of policy and in violation of environmental law.

'We deeply regret that some of our employees intentionally violated environmental law. And we also regret that our oversight was inadequate in preventing something like this from happening. We're very sorry, and take full responsibility,' Princess president Jan Swartz said.

The initial incident occurred in August 2013, however the investigation found some violations dating back to 2005.

It was reported that a newly hired shipboard engineer said a so-called 'magic pipe' had been used on Aug. 23, 2013, to illegally discharge oily waste off the coast of England. The whistleblowing engineer quit his position when the ship reached Southampton. The chief engineer and senior first engineer ordered a cover-up, including removal of the magic pipe and directing subordinates to lie.

The British Maritime and Coastguard Agency shared evidence with USCG, including before and after photos of the bypass used to make the discharge and showing its disappearance. USCG examined Caribbean Princess on its arrival in New York City, on Sept. 14, 2013, when certain crew members continued to lie in accordance with orders they had received from Princess employees.

According to court filings, Caribbean Princess had been making illegal discharges through bypass equipment since 2005, one year after the ship began operations. The August 2013 discharge involved approximately 4,227 gallons, 23 miles off the coast of England within the country’s Exclusive Economic Zone. At the same time as the discharge, engineers simultaneously ran clean seawater through the ship’s overboard equipment in order to create a false digital record for a legitimate discharge.

In addition to the use of a 'magic pipe' to circumvent the oily water separator and oil content monitor required pollution prevention equipment, the US investigation uncovered two other illegal practices on Caribbean Princess and Star Princess, Grand Princess, Coral Princess and Golden Princess. One practice was to open a saltwater valve when bilge waste was being processed by the oily water separator and oil content monitor. The purpose was to prevent the oil content monitor from otherwise alarming and stopping the overboard discharge. This was done routinely on Caribbean Princess in 2012 and 2013.

The second practice involved discharges of oily bilge water originating from the overflow of graywater tanks into the machinery space bilges. This waste was pumped back into the graywater system rather than being processed as oily bilge waste. Neither practice was truthfully recorded in the oil record book as required. All of the bypassing took place through the graywater system which was discharged when the ship was more than four nautical miles from land. As a result, discharges within US waters were likely.

A perceived motive was financial. The chief engineer who ordered the dumping off the coast of England told subordinate engineers that it cost too much to properly offload the waste in port and that the shore-side superintendent he reported to would not want to pay the expense.

'The pollution in this case was the result of more than just bad actors on one ship,' Assistant Attorney General Cruden said. 'It reflects very poorly on Princess’s culture and management. This is a company that knew better and should have done better. Hopefully the outcome of this case has the potential not just to chart a new course for this company, but for other companies as well.'

The amount of oil discharged in the untreated bilge could not be determined. Although bilge water typically contains only a small amount of oil, any amount of bilge water discharge with more than the legal limit of 15 parts per million of oil violates the law.

Princess said it has taken actions to improve oversight and compliance during the past three years.

'We've made management changes, we've re-trained our crew, we've improved our policies and procedures and we've upgraded our equipment,' said Keith Taylor, evp fleet operations for Holland America Group. 'We're committed to being better each and every day, and we're committed to the oceans that we sail on.'

The August 2013 incident happened when Taylor was with Holland America Line and not responsible for Princess; his larger group role came in late 2014.

It also was just after Arnold Donald took over as ceo at Carnival Corp. & plc in July and still on tour to meet the various operating companies, and before he recruited retired Navy vice admiral Bill Burke to the new role of corporate chief maritime officer in December 2013. It was prior to Swartz becoming Princess president, also in December that year. She had been evp sales, marketing and customer service.

Princess has outlined the corrective steps taken on its website.

As part of the plea agreement all ships from all Carnival brands will take part in an environmental compliance program that involves third-party auditors and USCG inspections for a five-year period.