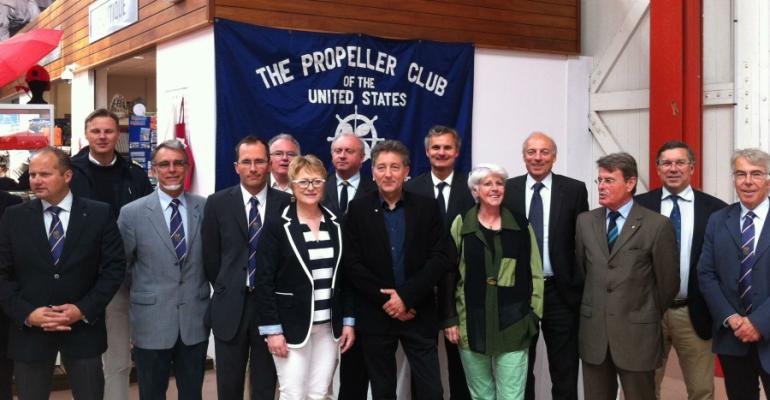 Captain Hubert Ardillon, president of the French association of ship masters and Captain Etienne Garcia, master of Compagnie du Ponant’s Le Boreal, attended the inaugural event which took place during the visit to Le Havre of AIDAstella and Ruby Princess.

Valerie Conan, president of the Propeller Club of Le Havre, was pleased that the Maritime Day took place at the port’s Cruise Terminal which hosts nearly 250,000 passengers and 100,000 crew members this year – ‘an evolution we dreamed of 10 years ago, that has now become reality, ‘ the cruise director of Le Havre Tourism commented.

An after lunch speech by Captain Garcia focussed on ice navigation and the day ended with drinks at the port’s Seamen’s Club which recently welcomed its 10,000th cruise ship crew member.

Next year’s 2nd Le Havre Maritime Day will include a symposium in the city’s new Maritime Academy, themed around: ‘What place for merchant seafarers in the maritime city of the XXI century?