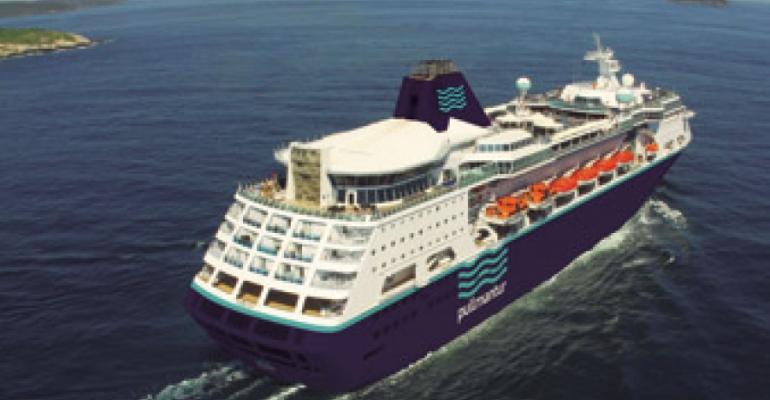 Close-in demand for Caribbean and European cruises and a strong performance in Asia pushed Royal Caribbean's third quarter profit above expectations but the company took nearly a $400m write down for Pullmantur as Latin America business softened. Full-year guidance went up on strong Caribbean momentum.

With the economic outlook for Latin America further deteriorating in recent months, Pullmantur is refocusing on Spain. The charge is primarily related to the brand's goodwill, trademark and trade names and a reduction in the carrying value of certain vessels.

The brand will be 'right-sized,' with Empress returned to the Royal Caribbean fleet in February 2016. After an extensive drydock, the ship will again sail as Empress of the Seas.

'Even though we are disappointed to have such a large non-cash charge related to Pullmantur, we are enthusiastic about the overall strength of our brands and our ability to continue our dramatic profitability growth,' said Richard Fain, Royal Caribbean chairman and ceo.

The company raised its full-year EPS guidance to approximately $4.80, a nickel above the high end of its prior forecast. Its Q4 EPS guidance is 90 cents, up from 32 cents a year ago but under the consensus of 97 cents.

This will begin with a $200m accelerated repurchase expected to be completed by the end of January. Future transactions could include open market purchases or additional accelerated share repurchases. The company expects to complete the program by year-end 2016.