Pullmantur chief sees recovery in Spain, strength in France, opportunity in Latin America and another ship in 2016 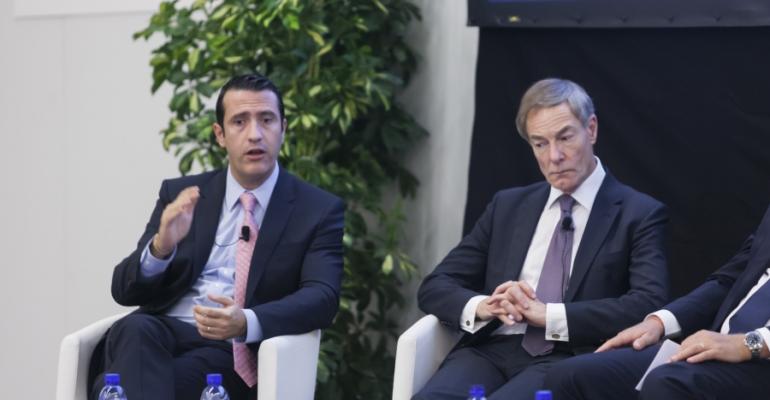 Though CDF Croisières de France is not getting Celebrity Century to replace Zenith in 2015 as planned, the French division will continue with two ships and, in 2016, Pullmantur will be getting another vessel from Royal Caribbean, Vilches told Seatrade Insider.

Tapped to lead Grupo Pullmantur in May, the South American airline industry veteran appeared as a fresh face on the State of the Industry in the Mediterranean panel last week at Seatrade Med in Barcelona.

A Spaniard, Vilches is based in Pullmantur's Madrid offices. Recently there had been industry talk that the Royal Caribbean subsidiary may position key figures at Miami headquarters, following the earlier indication that Pullmantur's Latin America headquarters were being set up in Panama.

Vilches seemed to quash the Miami speculation. He said Pullmantur is creating teams in Latin America—stand-alone operations in Mexico City, Brazil and Colombia—that all report to a Panama office. In response to Spain's economic crisis, since 2013 Pullmantur has promoted a strategic growth plan in Latin America. Last year a Pullmantur spokesman said the company aimed to source half a million passengers from the region within the next three years.

According to Vilches, currently 50% of the business is coming from Latin America, including the Caribbean and Brazil, 25% is from Spain and 25% from France.

'Spain is showing some signs of recovery,' Vilches said, while also noting growth depends on supply and the industry has been taking capacity out of Spain.

The discontinuation of Carnival Corp. & plc's Iberocruceros is unfortunate, in his view. Vilches pinned the competitor's decision on the economic crisis that led to 'price wars that were not good for anybody.' The Ibero business is being integrated into Costa Crociere which has said it plans to increase investment in Spain.

Vilches is 'very excited about the French market,' where there's double-digit demand growth. While Celebrity Century was earmarked for the CDF brand to replace Zenith next year, the ship's recent sale to China's Ctrip.com means Zenith will remain in France and not go back to Pullmantur's fleet.

As a result, Pullmantur's eastern Mediterranean itineraries will not operate. Otherwise, the 2015 program will remain consistent with 2014.

Vilches sees 'tremendous growth' potential for the Mediterranean, and on the Seatrade Med panel the airline veteran expressed surprise at how the business reacts to new capacity—by quickly filling it.

He lived all over Latin America during his airline career and said he was drawn to the cruise sector by the interesting challenges to develop it.

One challenge is establishing winter operations in the Mediterranean.

'We need to break the seasonality,' Vilches said. The Mediterranean is 'a very gifted region' with much to offer, 'but we all need the support of governments and ports to give us incentives to operate because the APDs are lower than in the summer.'

Since governments and ports have made significant infrastructure investments, they should want greater utilization, he added. Pullmantur ships go to Brazil in the northern winter, a costly redeployment.

Vilches described the cruise line-port relationship as 'still very transactional' and short- to medium-term in nature. That's different from how the airline industry operates.

'There should be another level of partnership in long-term projects,' he said.