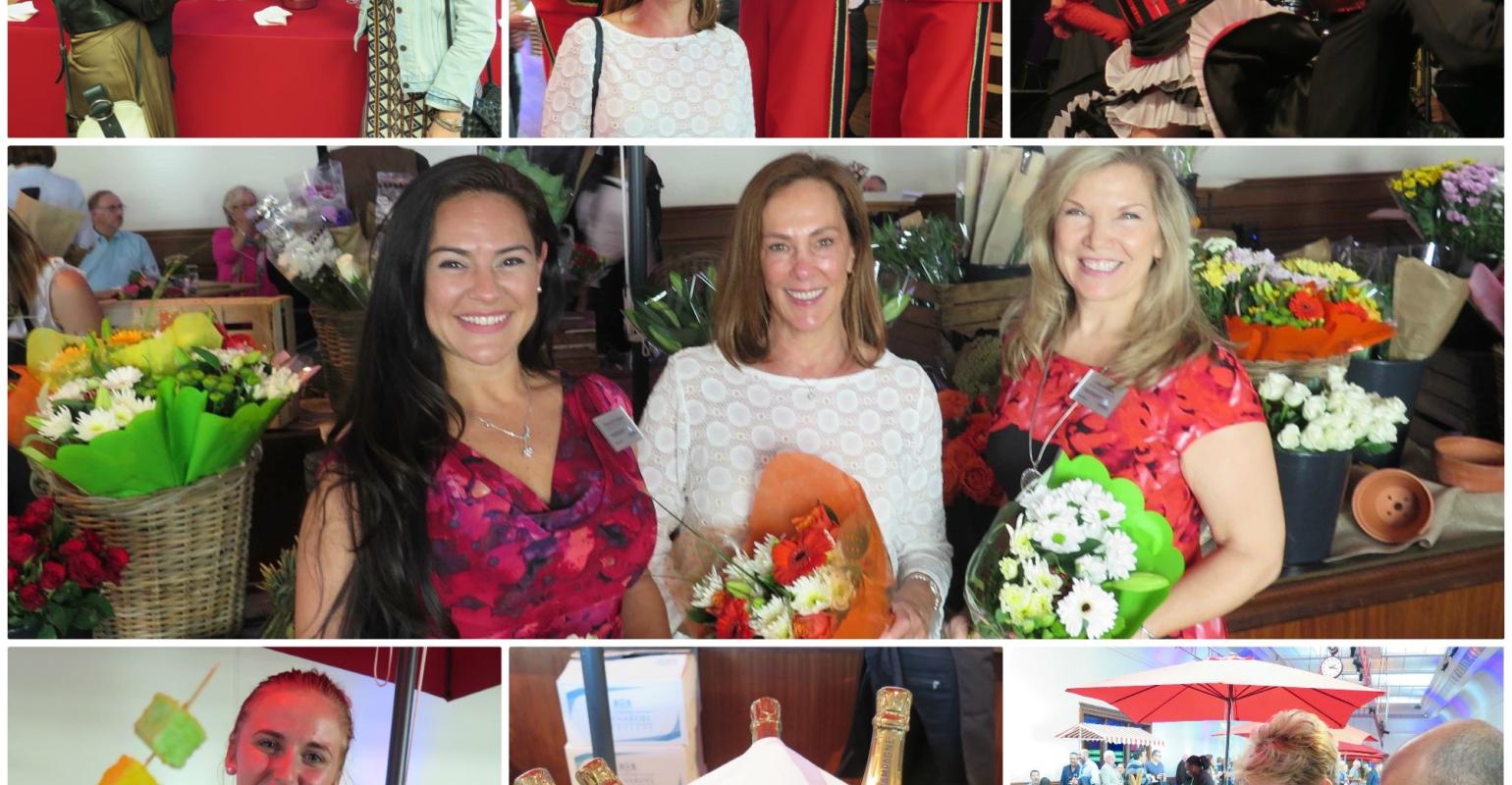 Putting the 'amazing' into AzAmazing events

Wednesday, during a call at Cherbourg as part of Azamara Pursuit's two-night naming ceremony voyage from Southampton, an AzAmazing Afternoon gave retailers like Flynn and other guests a taste of the line's signature experience.

'All these merchants are local,' in tune with the line's commitment to destination immersion and authenticity, president and CEO Larry Pimentel pointed out.

The one exception, according to Roberta Jacoby, managing director, global tour operations, Royal Caribbean Cruises Ltd., was the 14-piece band, featured soloists and dance troupe from Paris who performed two Moulin Rouge-style cabaret shows on a stage set up in the terminal.

'We work with a local tour operator to come up with ideas then hone in on a venue and the entertainment and what, if any, food and beverages. Then we start working on refining the details. There are a lot of details,' Jacoby said.

'We have one AzAmazing Evening for every ship on every cruise. Now there are three ships, we're doing three huge events every seven to 10 days,' she explained. 'It's like planning a big wedding because every one is different.'

'This is just amazing,' enthused Jeannine Williamson, a British travel writer who was delighted to have her silhouette drawn by a local artist. When she tried to pay for it, her money wasn't accepted.

Everything on an AzAmazing Evening—or in this case, Afternoon—is covered by Azamara.

Something that makes Azamara different

'It was a very nice event that brought a French market to the pier, with great food and music,' said James Shillinglaw of Insider Travel Report, who sampled the wines and cheeses. 'It's definitely something that makes the Azamara experience different,' he said.

'I thought they pulled off something wonderful,' added Flynn of Expedia CruiseShipCenters, who took an excursion to Utah Beach in the morning then returned to the terminal, which had been transformed into the French Market & Cabaret AzAmazing Afternoon.

'I enjoyed the show. The food was great—the breads, fruit and apple turnover from Normandy,' he said.

One complaint: 'I ate too much.'