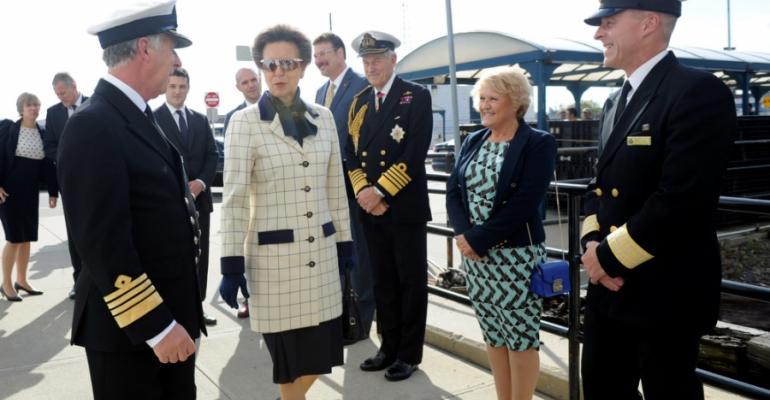 Princess Anne, patron of the UK’s National Museum of the Royal Navy, was the special guest at a luncheon aboard Queen Mary 2 in New York. The event was to support the iconic warship HMS Victory.

HMS Victory, the centerpiece of the National Museum, is the only 18th century ship of the line in existence and has a large following in the US. The luncheon marked the early stages of an international campaign to secure its long-term preservation and conservation.

Cunard North America president Rick Meadows, who spoke at the event, noted the line's relationship with the Royal Navy dates back to the company’s inception in 1840, and Cunard has played an integral role in both the US and UK’s war efforts.

Remarks were also made by Princess Anne, Admiral of the Fleet the Lord Boyce and Erik Olstein, president of American Friends of the National Museum of the Royal Navy.

Cunard hosted an earlier event in support of the National Museum aboard Queen Victoria in Los Angeles in April.