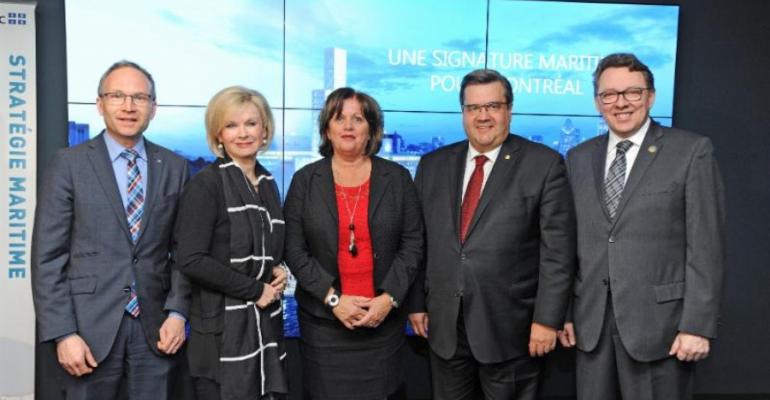 Mayor Denis Coderre called the Port of Montréal a 'real treasure for the city' and one of its main economic assets. 'The restored facilities of Alexandra Pier and Iberville Passenger Terminal will let us extend a magnificent welcome to the tourists and visitors who will come celebrate Montréal’s 375th anniversary with us in 2017,' he added.

The cruise facilities are located in the Old Port, a zone visited by close to seven million tourists and millions of residents each year.

The project will provide a better welcome for visitors and consolidate Québec as an 'original, must-see destination for international and Canadian clientele as well as Québeckers,' according to Julie Boulet, minister of tourism and minister responsible for the Mauricie region.

Montréal offers many world-class attractions and stands out from other large North American cities through its culture and reputation as a creative festival city, said Martin Coiteux, minister of municipal affairs and land occupancy, minister of public security and minister responsible for the Montréal region.

'This important legacy that will be part of Montreal’s 375th anniversary will be an additional attraction for tourists from home and abroad as well as for all Montréalers,' he said.

The 2015-2030 Maritime Strategy is one of the major pillars of Québec’s economic plan, and drawing attention to the St. Lawrence's tourism business is a main component of this strategy, added Jean D'Amour, minister for maritime affairs and minister responsible for the Bas-Saint-Laurent region.

Alexandra Pier is more than 100 years old, while Iberville Passenger Terminal, remodeled for Expo 1967, has been welcoming cruise ships for decades. Despite major investments over the past 10 years to maintain these facilities in the heart of Old Montréal, they are showing signs of aging and operational obsolescence.

The concept chosen for the remodeling will better integrate the terminal and the pier into the urban fabric of Old Montréal while giving residents more access to the river and adding a green rooftop terrace to the terminal.

Montréal Port Authority president and ceo Sylvie Vachon expressed gratitude to the port's financial partners, the government of Québec and the city of Montréal, for making the project possible.

'These improved infrastructures will meet clients’ needs and give Montréalers renewed access to our majestic St. Lawrence River for 2017, a year brimming with symbols and festivities for Montréal,' Vachon said.

The project's total cost is estimated as $78m. The government of Québec is allocating $20m through the Maritime Strategy – Tourism Component, and the city of Montréal is providing $15m.