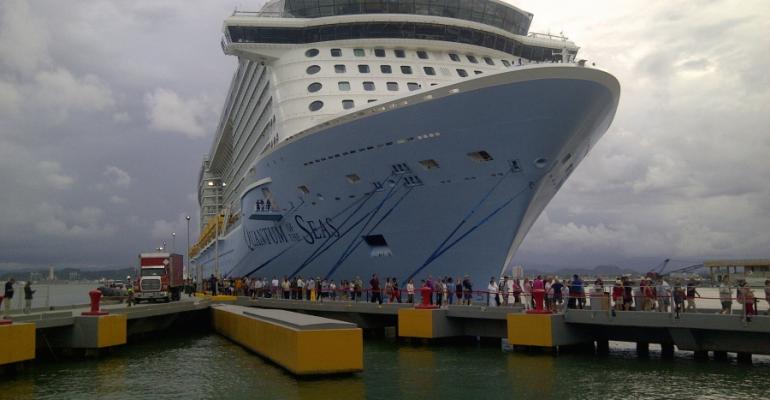 Quantum of the Seas alongside at Pier 3

The $8.7m expansion of Old San Juan's Pier 3 has been completed and the berth handled Quantum of the Seas alongside.

The project took Pier 3 from 1,300 feet to 1,500 feet by virtue of new mooring dolphins. Upgraded fenders cushion the mass of the world's largest cruise ships.

The greater capacity gives the potential to draw hundreds of thousands of additional passengers and crew whose spending will have a positive impact on the economy, Victor Suárez-Meléndez, executive director, Puerto Rico Ports Authority, told Seatrade Insider earlier this year.

Being able to draw ships of the Quantum and Oasis classes make this pier expansion 'crucial to boost tourism,' Suárez-Meléndez had said.

Quantum of the Seas arrived on an 11-night southern Caribbean cruise, round-trip from Cape Liberty in Bayonne, N.J.