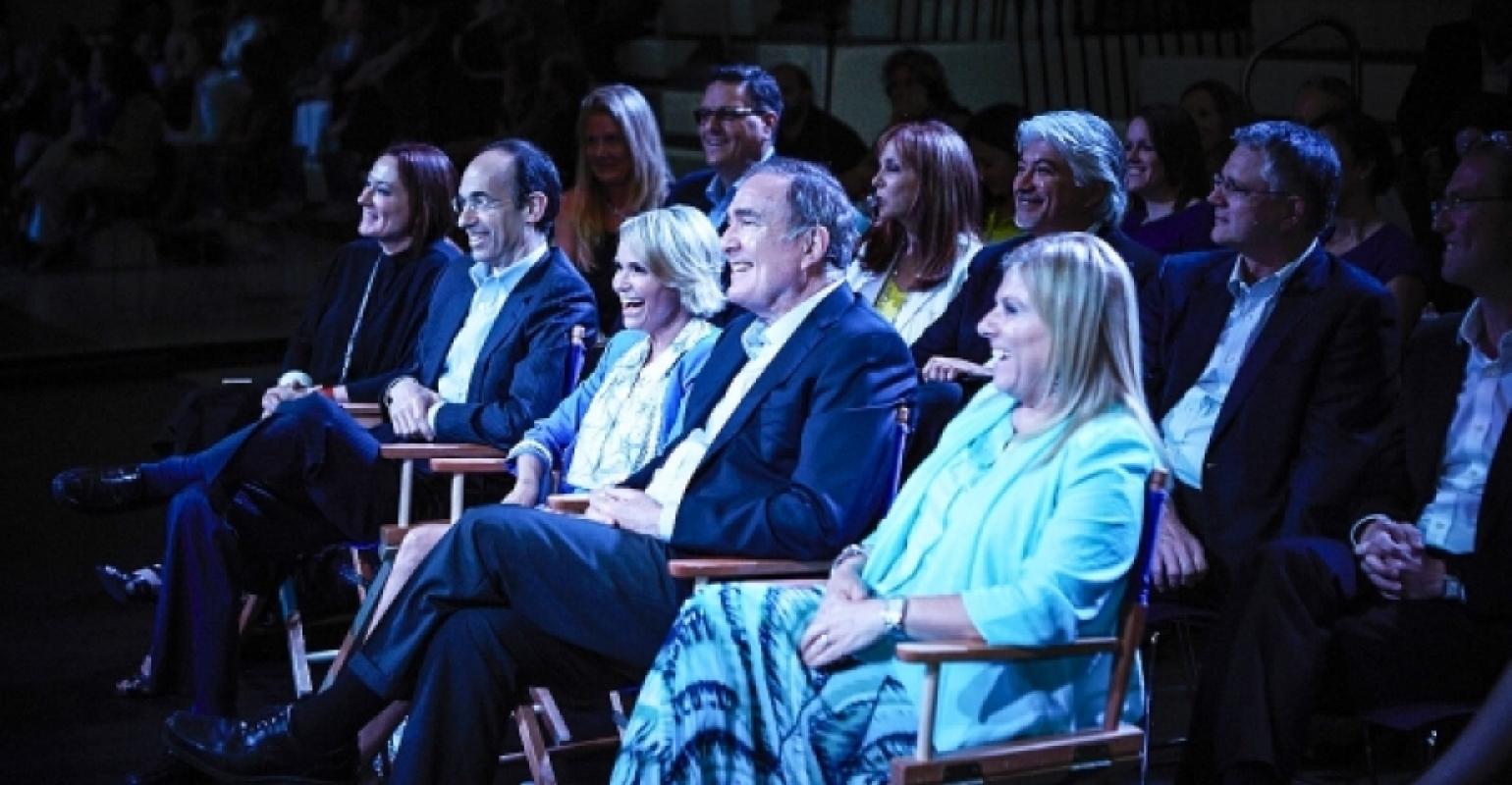 Revealed Wednesday in a Google Hangout with performer and Quantum godmother Kristin Chenoweth and Nick Weir, vp entertainment for the line, the shows are cutting-edge.

'The level of ingenuity, creativity and sheer imagination that has gone into the creation of the entertainment on board Quantum of the Seas is staggering,' according to Royal Caribbean's Lisa Lutoff-Perlo, evp operations.

The most innovative and versatile space, Two70°, proves 'You can mess with reality,' as Weir put it. The lounge pairs advanced technology with dancers, singers, aerialists and musicians to deliver a powerful lineup of shows and events.

Engineered for the Quantum class, Vistarama transforms Two70°'s floor-to-ceiling windows into any scene, real or imagined, by combining 18 projectors to create an ambient surface over 100 feet wide and over 20 feet tall. Across this expanse, impromptu digital shows come to life in 12K resolution, an industry first.

In addition, Two70°’s troupe of six agile Roboscreens stage surprise performances throughout each cruise. Measuring over seven feet high and controlled by powerful robotic arms, the nimble Roboscreens soar and twist on their own, or in tandem.

The creative possibilities of Vistarama and Roboscreens are brought to life through original digital content created exclusively for Royal Caribbean by Moment Factory, the internationally renowned studio in Montréal.

The integration of Vistarama and Roboscreens with live performers, music and special effects enable main shows like 'Starwater.' Created by Moment Factory, this original production is a highly visual, theatrical spectacle of video mapping, special effects and human artistry.

'Virtual Concert' will be a world-class concert experience featuring premier musicians, groups and bands masterfully captured and projected across Vistarama and all six Roboscreens to transport viewers to a virtual experience that Royal Caribbean called as impressive as the real thing.

Quantum of the Seas' main theater space also uses the latest technology to create a performance venue that raises the bar. Seating 1,300, the Royal Theater is home to two main shows presented by Royal Caribbean Productions.

'Sonic Odyssey,' conceived and created by William Close, Under The Radar Chicago and Art House Live, is inspired by musician and innovator Close and features his signature Earth Harp, a Drum Wall consisting of 136 drums, a Vocal Percussion Jacket, Violin Dress and more. 'Sonic Odyssey' weaves together a nine-piece orchestra with a cast of singers, dancers, aerialists and gymnasts.

The Royal Theater also will stage the full theatrical version of the smash hit musical 'Mamma Mia!' The show is set to ABBA songs including 'Dancing Queen,' 'The Winner Takes It All,' 'Money, Money, Money' and 'Take a Chance on Me.'

Chenoweth, who also serves as 'Quantum Experience Adviser for Entertainment,' called the Royal Theater classic and beautiful and singled it out as the place she would most like to perform.

Quantum of the Seas' Music Hall will stage live music in an intimate venue and will feature bands, musicians, DJs, theme night parties and events like a 'Mamma Mia!' after party. When the show ends in the Royal Theater, the party begins in Music Hall, where passengers can dance the night away during a red carpet, Broadway-style after party with featured cast members.

There will also be an extensive line-up of tribute acts that pay homage entertainers from The Beatles and Bee Gees to Journey and Bon Jovi. And 'Wink' will be a premium late-night experience featuring the Royal Theater cast in an adults-only showcase.

All shows are included in the cruise fare, but Weir said Royal Caribbean is thinking about the possibility of charging for something in the future, 'maybe a midnight show.'