Quantum of the Seas' float-out nears at Meyer Werft 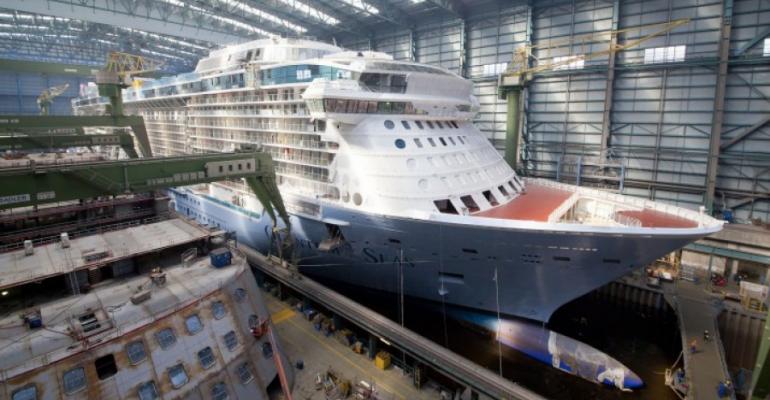 Quantum to taste water for the first time on Aug. 9

The year's most anticipated cruise ship is nearing completion. Royal Caribbean International's Quantum of the Seas is scheduled to be floated out of Meyer Werft's building dock II on Saturday.

The operation will be broadcast via webcam at www.meyerwerft.com.

Following the float-out, Quantum of the Seas will be berthed alongside the Papenburg yard's pier for one night before thruster and stabilizer tests begin on Aug. 10.

With the ship berthed at the pier, finishing work, tests and trials will be carried out on board until the the conveyance along the Ems River to the North Sea, scheduled for mid-September.

Until now, this highly innovative cruise newbuild has been under tight wraps. International media are to preview Quantum of the Seas in a visit at the end of August led by Royal Caribbean chairman and ceo Richard Fain.