Quantum of the Seas makes its stateside entrance 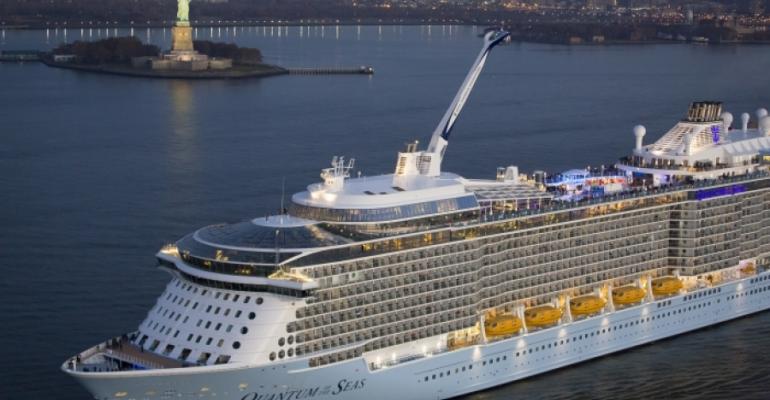 The year's most dramatically different new cruise ship arrived stateside Monday when Quantum of the Seas sailed into New York Harbor. Fresh from its inaugural trans-Atlantic crossing from Southampton, Quantum docked at Bayonne, N.J.'s Cape Liberty, its homeport for the coming months.

For the next week, Royal Caribbean International will be showing off the ship to travel agents, media and industry partners during a series of two-night jaunts, leading up Friday's naming ceremony host by the ship’s godmother, actress Kristin Chenoweth.

The ship will sail from Cape Liberty until May 2, when it departs on a 53-night repositioning cruise to its new year-round homeport, Shanghai (Baoshan).