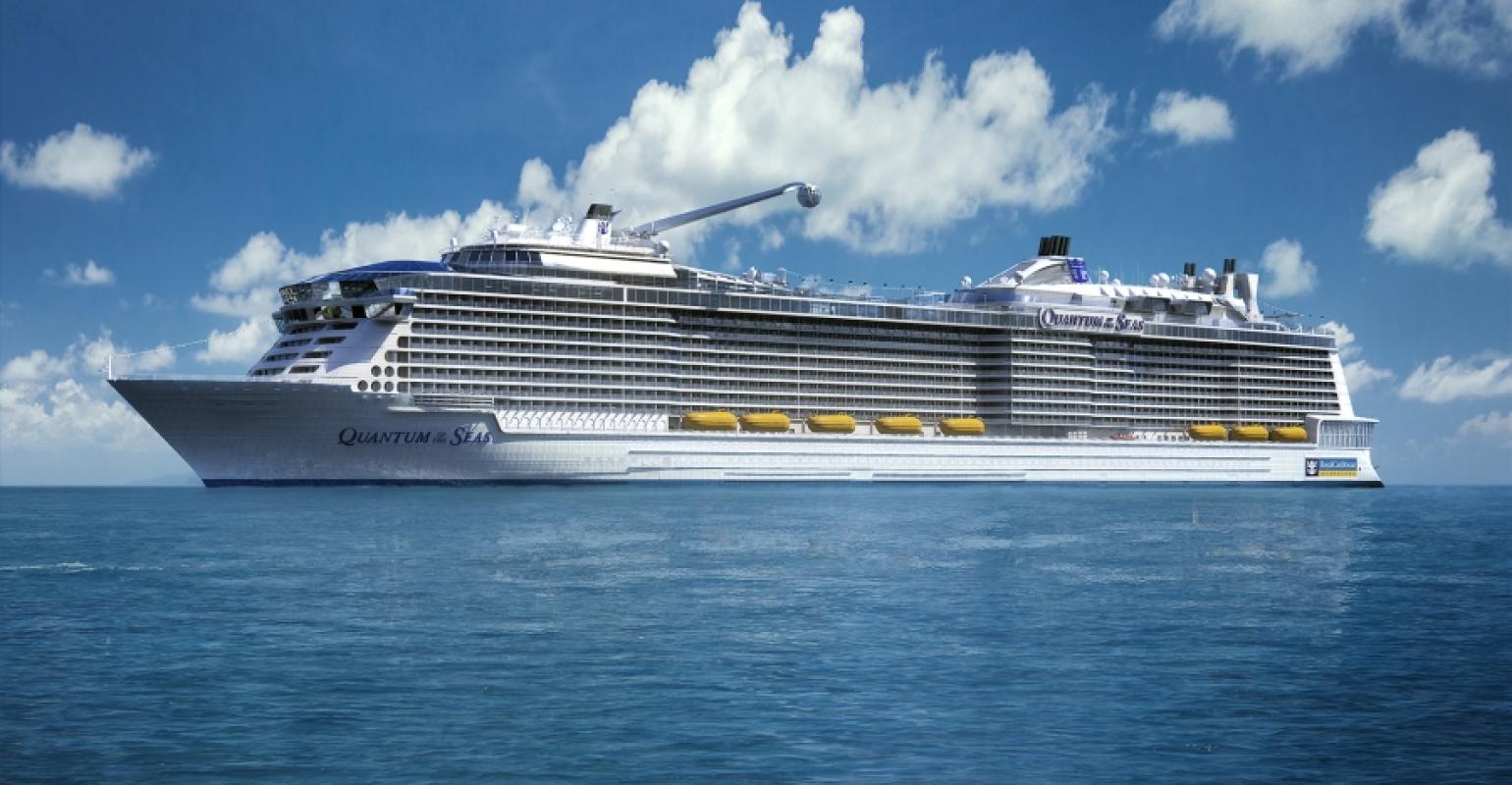 Quantum of the Seas' 53-night journey to Shanghai includes iconic destinations in Europe, the Middle East, India and Asia

Quantum of the Seas will reposition from the New York area to its new year-round base in China via a 53-night 'global odyssey' that takes in iconic destinations from Europe to the Middle East, India and Southeast Asia.

Royal Caribbean International said passengers who sail the entire 'Quantum global odyssey' will be part of history. The voyage will also be sold in five segments of three to 16 nights.

Following this winter's inaugural season from Bayonne, N.J.'s Cape Liberty, Quantum of the Seas will depart May 2, 2015, en route for its new home in Shanghai (Baoshan).

The segments are an 11-night ocean voyage from Cape Liberty to Barcelona, calling at Ponta Delgada, Azores, and Cartagena and Palma De Mallorca, Spain.

A 16-night Suez Canal journey from Barcelona to Dubai sails on May 13, with calls at Civitavecchia (Rome), Naples, Piraeus and Aqaba, Jordan.

A 14-night India and Southeast Asia cruise, departing May 29, overnights at Dubai, Cochin, India; and Singapore, and calls at Muscat, Oman; and Penang, Malaysia.

And a nine-night Asia cruise that departs June 15 from Singapore to Shanghai calls at Phu My (Ho Chi Minh City), Vietnam, and China's Xiamen and Hong Kong (overnight).