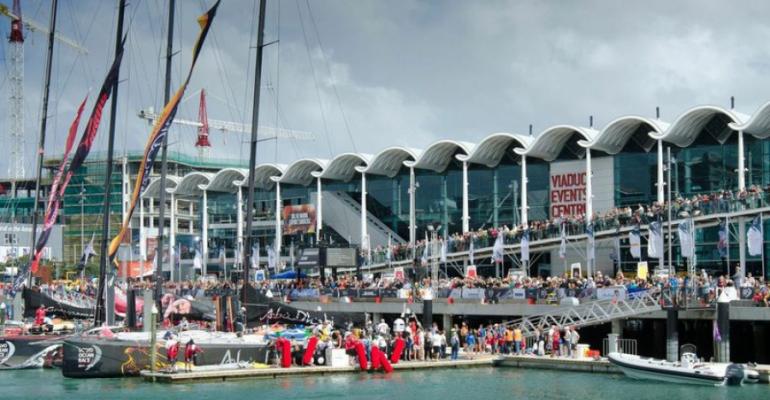 Viaduct Harbour, a short walk from Queens Wharf where Queen Elizabeth will be berthed

Cunard’s Queen Elizabeth, currently on a  world voyage celebrating the company’s 175th anniversary, will be in Auckland on February 27 when the first yachts in the 40th Volvo Ocean Race are due to arrive.

Auckland, which has hosted two America’s Cups, has been a regular official stopover for the event that takes place every three years and was originally the Whitbread Round The World Race.

The 2014-15 race began in the Spanish port of Alicante in October and is scheduled to finish in Gothenburg, the Swedish headquarters of Volvo, in June.

Viaduct Harbour, with more than 30 restaurants and bars, is a short walk from Queens Wharf where Queen Elizabeth will be berthed.

It will be transformed into a vibrant Race Village with convenient access to Auckland’s major tourist attractions and Viaduct Events Centre will act as race headquarters.

Mayor Len Brown has promised to pull out all the stops for visiting yachties and fans of ocean racing with a packed programme of entertainment, reinforcing Auckland’s position as an internationally recognised sailing and major events destination.