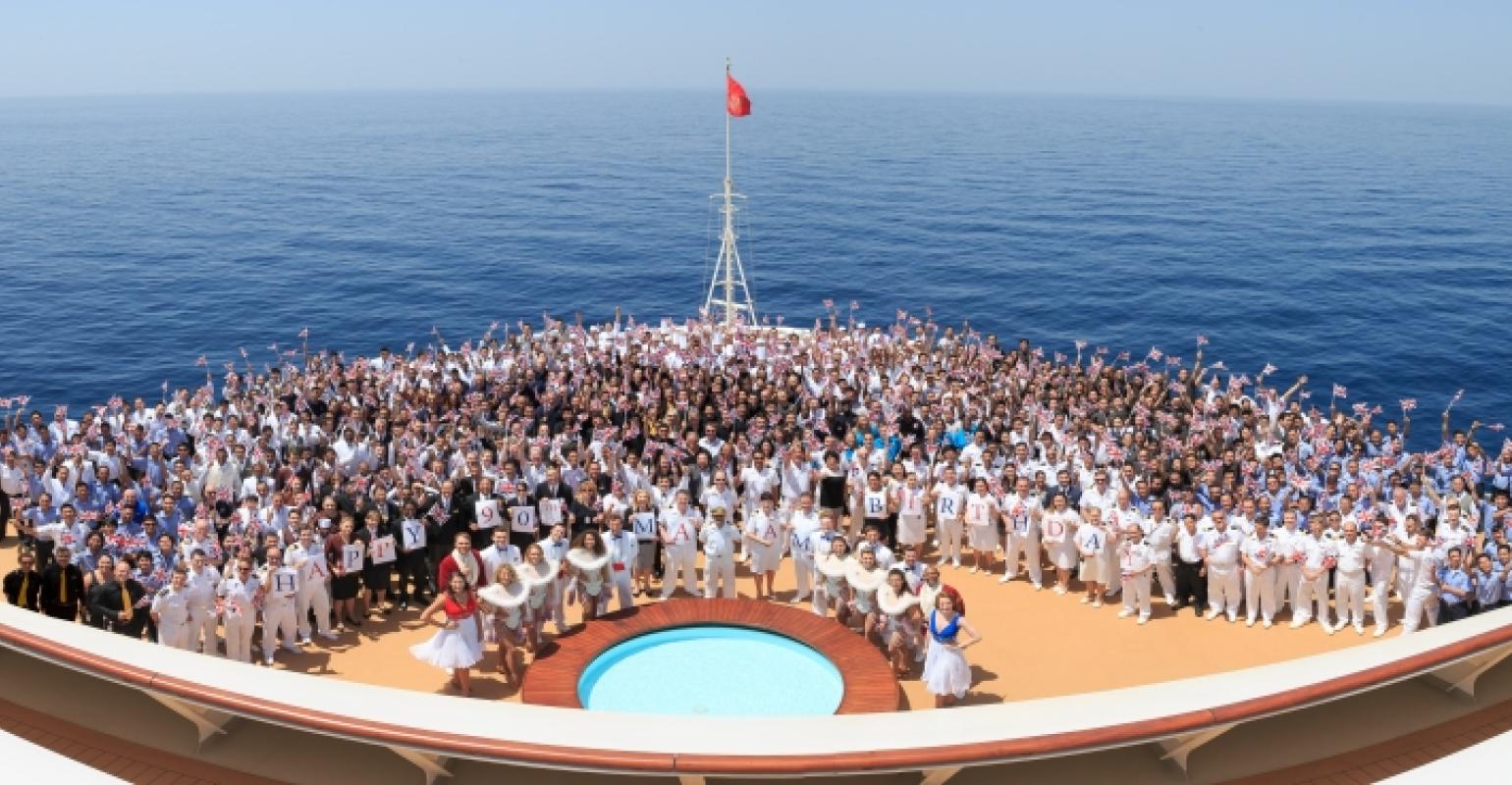 Queen Elizabeth's Captain Aseem Hashmi gathered with the majority of his 960 crew on the foredeck of the 90,000gt Cunard vessel while on route to Salalah (Oman) yesterday to send 90th birthday greetings to Her Majesty The Queen.

The Queen named Queen Elizabeth in Southampton on October 11, 2010 and is the only person able to claim presence at the launch of all three Cunard Queen Elizabeths as she was present at the naming of the first one in 1938 (aged 12) and she launched QE2 in 1967.