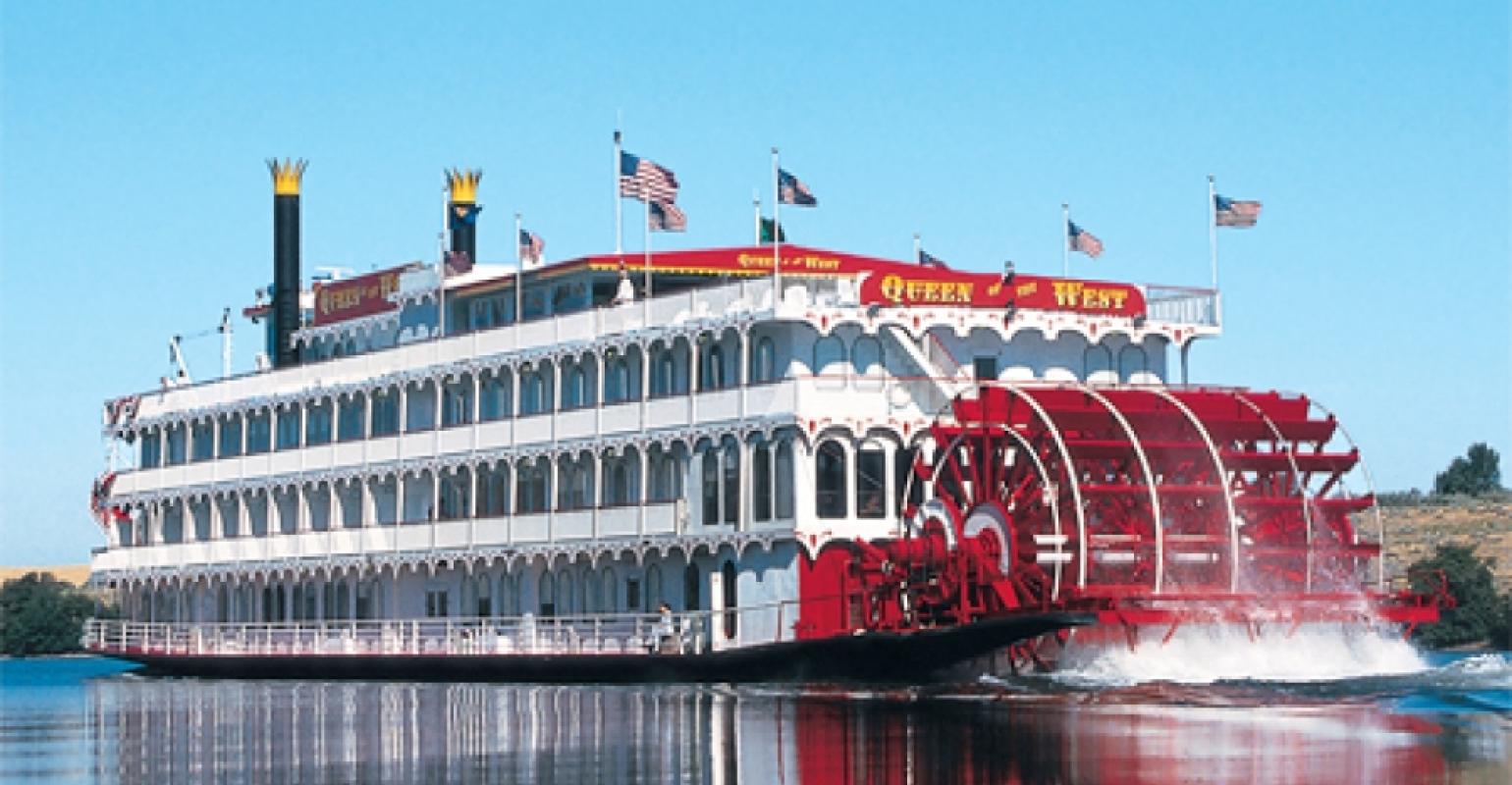 Prior to starting its current season on the Columbia and Snake rivers, American Cruise Lines' Queen of the West got upgrades including elegant new dining room furniture, a new bar in the Paddlewheel Lounge, all new furniture in the Lewis & Clark Lounge and a new air conditioning system.

Other changes included all new deck furniture for the private balconies.

The paddlewheeler's six suites are scheduled for a complete renovation later in the year.

'Our goal is to continue to make a great riverboat even greater and to maximize the comfort and amenities available to our passengers,' said Timothy Beebe, VP of American Cruise Lines.

Built in 1995 for American West Steamboat Co., brought back into service by American Cruise Lines in 2010 and extensively updated in 2011, Queen of the West sails between Portland, Ore., and Clarkston, Wash. The 120-passenger vessel now offers more than double number of departures since it began operations for its current owner.

American Cruise Lines is building a new riverboat with a planned capacity of 175 passengers. It will be similar in design to Queen of the West and the newer Queen of the Mississippi and will expand the company's itineraries on the Columbia and Snake rivers.