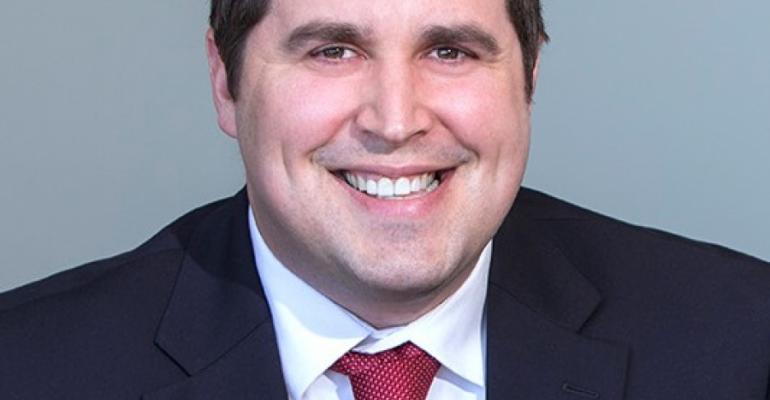 ‘It has been very exciting to see all that the team here has been doing,’ he told SCN in a one-to-one interview in Singapore.

Top of the list is anticipating the Quantum-class Ovation of the Seas, launching next spring and arriving in Asia in June 2016.

Maiden sailings of the newbuild include a 52-night global voyage from Southampton to Tianjin. There will be two sailings from Singapore, a three-night cruise to Kuala Lumpur (Port Klang) and a 12-night cruise to Tianjin, ‘to offer more of the Quantum-class revolutionary experiences to cruisers in Asia,’ as Treacy said.

Treacy, who has been with Royal Caribbean for nine years, is not a stranger to the work of the Singapore team.

While he was still based in Miami, he was involved in helping senior managers such as Michael Bayley and the late Rama Rebbapragada with planning and pricing for products introduced to Asia. He was also more recently posted in Australia and so is familiar with the region.

Treacy is looking forward to Royal Caribbean's next phase of its growth in Southeast Asia now that it has established regular deployments to the region for the last seven years. Just last week, Treacy represented RCI as it signed a first multimillion-dollar marketing collaboration with the Singapore Tourism Board and Changi Airport Group to promote cruising out of Singapore.

The tripartite collaboration - which runs between 2015 and 2018 - is estimated to pull in over 170,000 overseas visitors to Singapore to sail on Royal Caribbean's cruises over that period, resulting in a projected growth of over 5%.

Treacy explained, ‘This is a commitment between all three parties who understand the benefits of growing cruise awareness. Singapore is a great jumping off point for developing cruising in Southeast Asia. People can get non-stop flights to almost any regional destination from Singapore.’

He sees the key growth coming for the fly-cruise markets of Australia, India and Indonesia, Philippines, China, North America and Europe. Royal Caribbean's three-year deployment plan is the strongest commitment yet, he said.

As earlier reported, the company plans to increase its number of sailings from Singapore during this period to over 40 a year. Currently, 3,807-passenger Mariner of the Seas makes around 30 voyages annually. Her next Singapore starting from this October will feature more long cruises of seven to 15 nights, aimed at attracting more overseas fly-cruise travelers.

Legend of the Seas, which positioned out of Singapore in 2013, will be back tomorrow to start a Singapore season which runs to November of three- to 14-night cruises with a wide variety of calls in Malaysia, Brunei, Thailand, Vietnam, Cambodia, the Philippines, Indonesia, Hong Kong, Taiwan and Australia.

Treacy observed an increase in international passengers to the Southeast Asian region, particularly for the longer sailings such as Mariner of the Seas' seven night sailings and the 10-day cruises on Legend – with passengers from Australia, the UK and US.

He said the source market development in Southeast Asia is a good mix of international and Asian passengers, with variations along the length of cruises and time of year.

The three-night cruises were heavily booked by Singaporeans, while the seven-night and longer cruises would comprise 70% to 80-% international guests.

While the Australian market has been growing exponentially, Treacy singled out China as a big driver of the cruise industry for the entire region.

Treacy told Seatrade there will be some product enhancements to Ovation of the Seas for the China market. He noted Royal Caribbean had already started the route of customizing for the China market through SkySea Cruises, its joint venture with Ctrip, launched earlier this year.

When it comes to challenges in growing cruising in Asia, Treacy cited the need to break down barriers in areas such port infrastructure and awareness. ‘Driving the awareness together with government bodies and ports are key,’ he concluded.