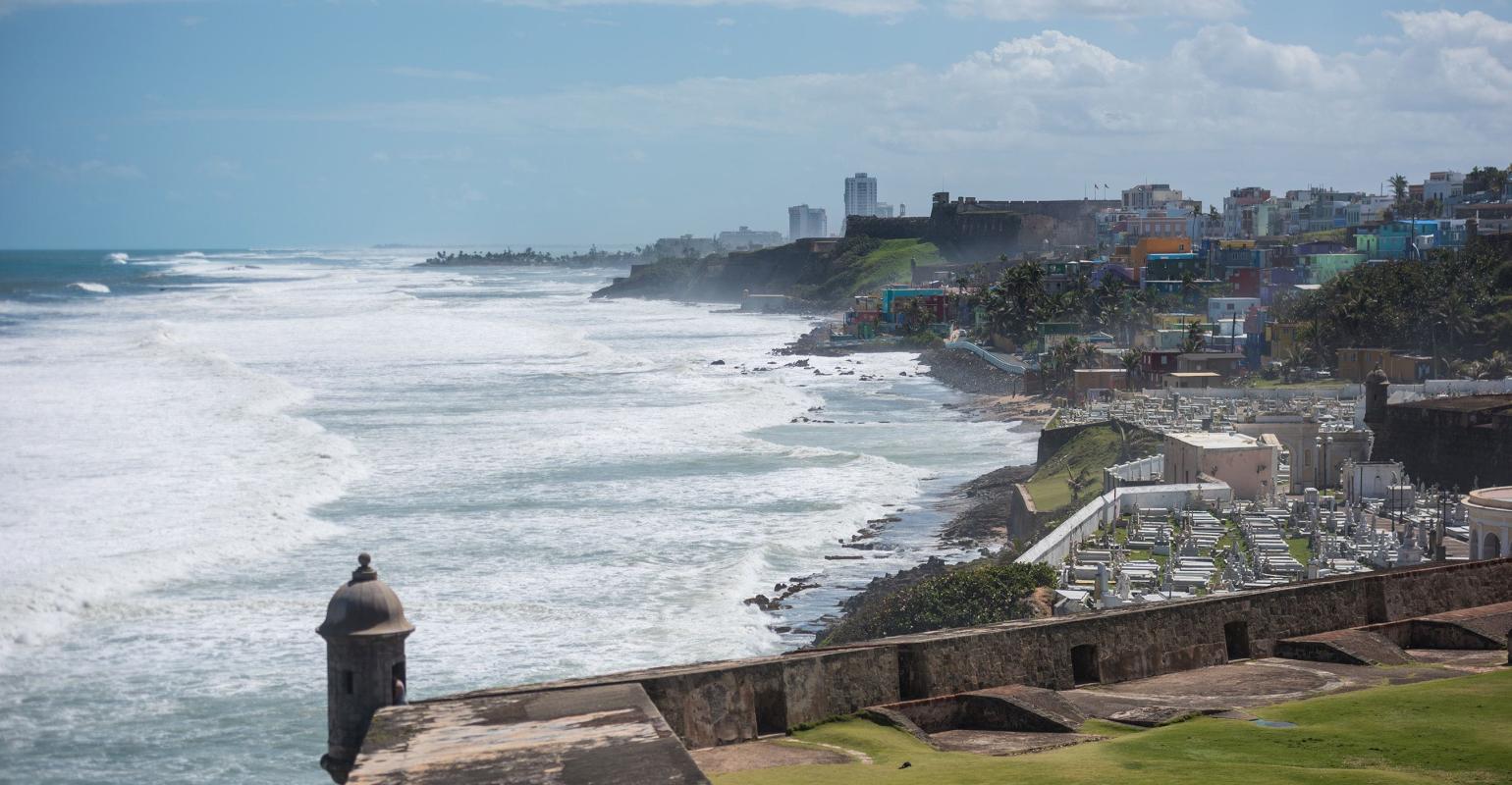 Freedom of the Seas and Carnival Fascination are going ahead with their Sunday turnarounds at San Juan, while MSC Seaside and Celebrity Equinox are canceling Monday transit calls PHOTO: Puerto Rico Tourism Co.
As protests calling for Puerto Rico Gov. Ricardo Rosselló's resignation wage on, two cruise ships are going to keep their Sunday turnarounds in San Juan, while two others canceled Monday transit calls.

Freedom of the Seas and Carnival Fascination turns

Royal Caribbean's Freedom of the Seas and Carnival Fascination are going ahead with their turnarounds, while MSC Seaside and Celebrity Equinox are skipping San Juan.

Puerto Rico Tourism Co. Executive Director Carla Campos convened a Saturday morning meeting with the Coast Guard, the National Park Service, the port authority, the Transportation and Public Services Bureau, the police, emergency services and the Department of Economic Development and Commerce to plan for the calls.

'During the past two weeks we have remained attentive and in constant conversation with the cruise lines to coordinate the scheduled stops,' Campos said. 'Both the cruise lines and the Tourism Company seek to maintain as many stops as possible while at the same time ensuring the safety and experience of the visitors in the destination.'

Freedom of the Seas and Carnival Fascination together are going to disembark about 7,000 passengers, while the same number are due to embark. Campos said the turnarounds will generate an economic impact of $1.3m.

MSC Cruises and Celebrity Cruises, however, canceled the transit calls of MSC Seaside and Celebrity Equinox on Monday, when a national strike has been called. The ships were scheduled to arrive in the afternoon and depart at 10 p.m. and 1 a.m. respectively.

Campos said the lines will bypass Puerto Rico because shore excursion providers had canceled most tours, and the cruise operators were concerned about the protests in Old San Juan.

The governor's mansion is located in Old San Juan, just blocks from the cruise berths. In the past week police have used tear gas against protesters and some shops have been shuttered due to the demonstrations.

The protests were triggered by leaks of offensive private chat messages between Gov. Rosselló and his inner circle.

Campos said that in the case of the cancellations, alternative arrangements had been offered. These included use of the Pan American Pier across the harbor. However, the depth there is approximately 32 feet, too shallow for the large ships requiring 34 feet that dock at piers 3 and 4 in Old San Juan.

Ponce was also suggested as an alternative but most of the cruise ships calling at San Juan embark in Miami and arrive in the afternoon on the third day of their itinerary. To deviate to Ponce, they would arrive between 7 p.m. and 9 p.m. and then have to sail at 1 a.m. or 2 a.m. to make the next destination.

So Ponce was not a feasible option for MSC Seaside or Celebrity Equinox, or for Harmony of the Seas, which dropped Puerto Rico last week. In addition, a cargo ship was booked to arrive at Ponce Saturday and remain for a week, so a slot would not be available for cruise use.

As of Saturday, Campos reported no further cancellations for transit calls the rest of the coming week. She said the Puerto Rico Tourism Co. remains in constant contact with the lines, 'evaluating case by case and trying safeguard all aspects of the visitors' experience.'

To date, Puerto Rico estimates a loss of approximately $2.5m in spending by 15,000 passengers from the canceled cruises.