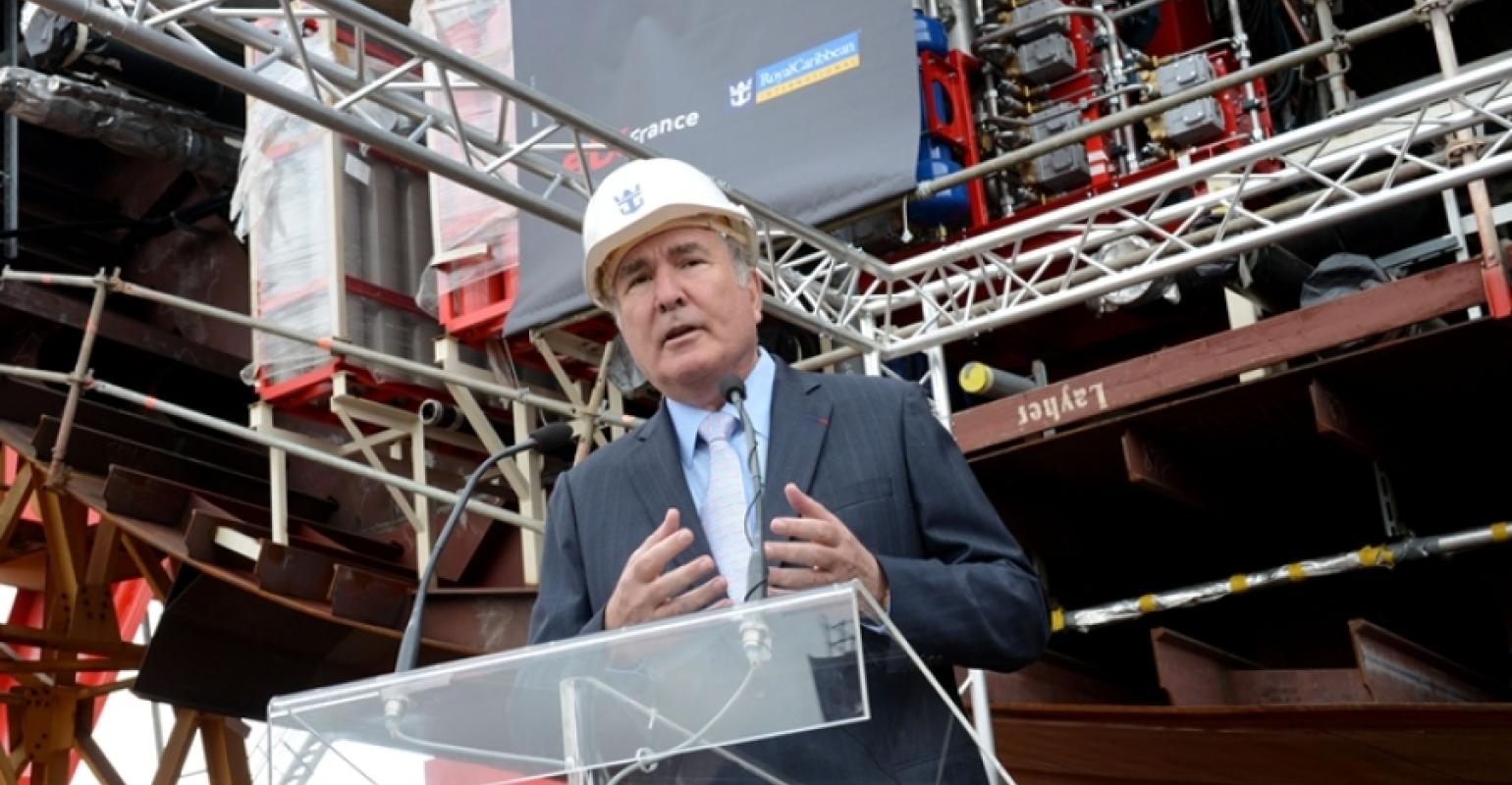 Richard Fain's salary stayed flat at $1m and he earned a $2.4m bonus, up from $2.2m the prior year
Chairman and ceo Richard Fain's 2015 compensation totaled $9.3m, down from $12m in 2014 when he received one-time stock awards valued at $4.9m, according to a Royal Caribbean Cruises Ltd. proxy.

Adam Goldstein, president and chief operating officer of Royal Caribbean Cruises Ltd., received compensation valued at $3.8m, down from $5m in 2014 when he got one-time stock awards worth more than $1.4m. Goldstein's salary held at $800,000, and his bonus rose above $1.3m, up from just under that amount.