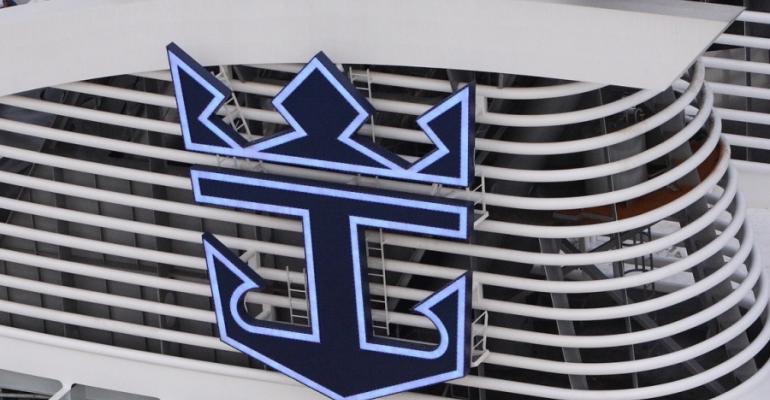 'With Icon class, we move further in the journey to take the smoke out of our smokestacks' - Richard Fain

Royal Caribbean International is planning a new 'Icon' class of ships that will be powered by LNG and use fuel cell technology for a dramatic reduction in greenhouse gas emissions. The company has signed a memorandum of understanding with Meyer Turku for ships of around 200,000gt to be delivered in the second quarters of 2022 and 2024.

In the meantime, the company said, it will begin testing fuel cell technology on an existing Oasis-class ship in 2017, and will also run progressively larger fuel cell projects on new Quantum-class vessels being built in the next several years.

'With Icon class, we move further in the journey to take the smoke out of our smokestacks,' said Richard Fain, chairman and ceo of Royal Caribbean Cruises Ltd. 'We are dedicated to innovation, continuous improvement and environmental responsibility, and Icon gives us the opportunity to deliver against all three of these pillars.'

'Our guests expect us to push every envelope we can,' added Michael Bayley, president and ceo of Royal Caribbean International. 'And on this new class of ship, we began by challenging ourselves to find a new approach to power and propulsion that is safe, reliable and more energy-efficient than ever before.'

The Icon ships would likely accommodate approximately 5,000 passengers, but details are still being worked out. Bayley added that exciting and innovative guest experience elements of the Icon-class design will be revealed later in the development process.

'Our partnership with RCL has created a number of groundbreaking ship classes, such as Oasis, Celebrity Solstice, Quantum and Mein Schiff, and we are grateful that Royal Caribbean is again giving us the opportunity to partner with them on a new class of ships,' said Jan Meyer, ceo of Meyer Turku.

'Increasing the commitment to LNG makes it easier for suppliers to make their own infrastructure commitments,' Fain said. 'As more ships are built for LNG, the number of ports that support it will grow.' The Icon ships are expected to run primarily on LNG but will also be able to run on distillate fuel, to accommodate occasional itineraries that call on ports without LNG infrastructure.

The introduction of fuel cells represents another dramatic step forward for the maritime industry, which has only made limited experiments using the technology. Hurtigruten earlier confirmed the use of fuel cells in its newbuilds.

'We believe fuel cells offer very interesting design possibilities,' said Harri Kulovaara, RCL's chief of ship design. 'As the technology becomes smaller and more efficient, fuel cells become more viable in a significant way to power the ship's hotel functions. We will begin testing those possibilities as soon as we can, and look to maximize their use when Icon class debuts.'

Kulovaara said RCL had been eyeing fuel cells for nearly a decade, and believes the technology is now at a stage of development that justifies investment. 'There is a long lead time for Icon class, and we will use that time to work with Meyer Turku to adapt fuel cell technology for maritime use.'

Kulovaara noted that additional regulatory standards would also need to be developed for the technology.

The order is contingent on the completion of contractual conditions, including documentation and financing. Final contracts are expected to be completed by year's end. Based upon current ship orders, projected capital expenditures for full year 2016, 2017, 2018, 2019 and 2020 are $2.4bn, $0.5bn, $2.6bn, $1.5bn and $2bn, respectively.

Capacity increases for 2016 through 2020 remain unchanged and do not include potential ship sales or additions the company may elect to make in the future.

For Meyer Turku these newbuilds stretch the orderbook until 2024 and provide an 'unprecedented level of stability and allow for a smooth production ramp-up. The eight-year horizon creates an opportunity for the Turku yard and the entire Finnish maritime cluster to invest and develop their capabilities with a long-term strategy and achieve new leaps in technology, Jan Meyer said.

'This historically long and high-load order book enables us to modernize Turku shipyard into a modern, data-driven ship factory and grow it to a new level 50% above the all-time-high,' he added.

The Meyer group is investing more than €75m in Finland.

'Both the new ship orders as well as our investments will provide a lot of good work for many other Finnish companies and for our own growing team,' Meyer said.