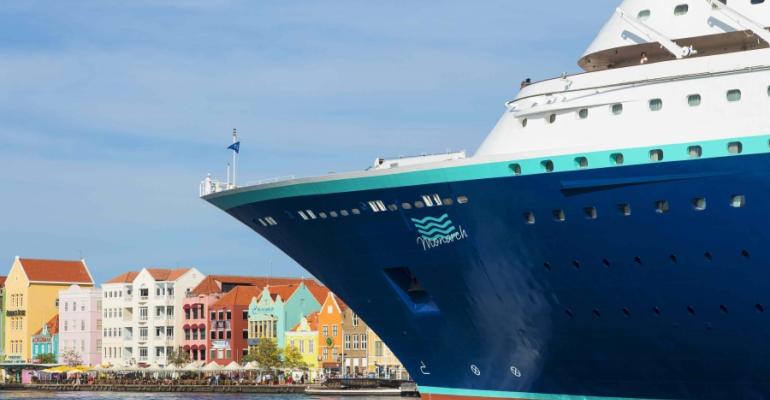 Like the other Pullmantur and CDF ships, Monarch will continue to be owned by RCL and leased to the new venture

This joint venture expands on the existing partnership between RCL and Springwater for the Wamos air transport, travel agency and tour operation businesses. This investment also expands Springwater's existing tourism portfolio, which includes airline and travel agency investments in Spain, France and Portugal.

'Pullmantur and CDF have a long history of offering authentic, localized cruise vacations to their home markets. We look forward to the new focus that this joint venture with Springwater will bring to these companies as they seek to grow,' Royal Caribbean chairman and ceo Richard Fain said.

'Given the signs of recovery we have seen in the Spanish economy, as well as increased interest in cruising from tourists in France, we think this is the right time to bring together the extensive experience of our deeply valued employees at Pullmantur and CDF with the local travel and tourism expertise of the Springwater team,' Fain added. 'Springwater's local management presence in Madrid, coupled with RCL's long-standing history in cruise operations, will provide the foundation for improved returns in the future.'

'The transaction leverages our firm's travel sector expertise, and will take advantage of Pullmantur and CDF's strong client and travel industry relationships in the Spanish and French markets,' said Martin Gruschka, ceo of Springwater.

Analyst Tim Conder of Wells Fargo Securities sees the deal as a 'viable means to reduce RCL's operating losses from these brands by 50% while retain[ing] potential upside participation from an operation controlled by a focused private equity partner.'

Robin Farley of UBS believes the brands do not currently contribute positively to RCL's bottom line and their yield is at a significant double-digit discount to the RCL fleet average.

The joint venture is expected to be completed later this year, subject to customary closing conditions and regulatory approvals. It is anticipated to result in an immaterial one-time gain, which will be excluded from RCL's key metrics.

UBS noted that at year end RCL recorded impairment charges of $124m for goodwill and $174m for trademark and trade names related to Pullmantur, leaving Pullmantur with no intangible asset value on the company's books. The small gain on sale suggests the price was for a 'deminimis amount, since the ship assets were not sold, and no particular use of proceeds is planned,' the brokerage added.

RCL said given the markets where Pullmantur operates, the transaction is expected to have partially offsetting impacts on yields and expenses. The amounts will depend on when regulatory approvals are received and the transaction closes, but the net effect on the company's 2016 bottom line is expected to be neutral to marginally positive.