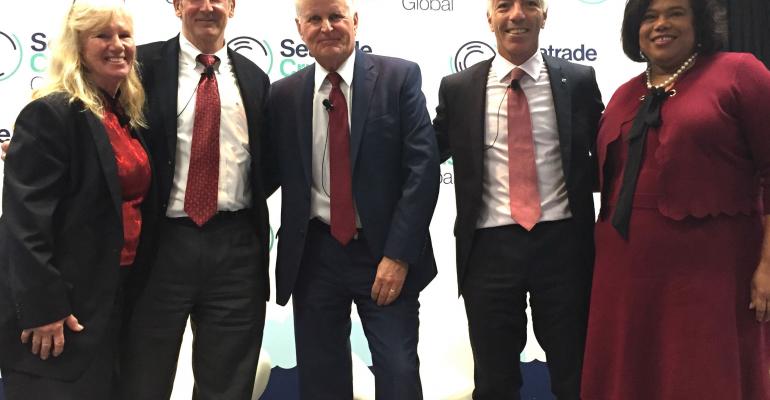 Caribbean cruise destinations hardest hit by hurricanes Irma and Maria last summer are aiming to fortify their storm–fighting arsenal with best practices developed from lessons learned in the powerful storms.

Identifying and implementing battle-tested best practices will be critical to bolstering the region’s ability to quickly rebound after natural disasters, an island official said at Seatrade Cruise Global.

'We live in a geographical area that makes us vulnerable so we have to think about those things that harden our infrastructures so that if and when this happens again, we’re even more prepared,' said Beverly Nicholson-Doty, commissioner of tourism, US Virgin Islands.

Regionally she highlighted pre-storm planning, crisis communications and post-storm destination marketing as areas that could be improved with best practices.

The resiliency and collaboration exhibited by impacted islanders both during and after the storms was commendable, Nicholson-Doty noted Wednesday during a panel discussion about the outlook for Caribbean cruising.

'We learned that our people are incredibly resilient,' she told cruise line partners gathered. 'We learned from each other. People pulled together.'

Collaborative efforts with partners like the Florida-Caribbean Cruise Association were instrumental in facilitating the 'phenomenal' resumption of cruise activity to St. Thomas 60 days after the US territory was hit by two major hurricanes just 12 days apart.

'If we thought that the FCCA and its members were our travel partners before, we learned that you were really family, and when we were most in need you came to our aid,' Nicholson-Doty said.

Six months later, as most of the hurricane-impacted islands have rebounded, passenger satisfaction ratings are soaring.

'Our guest ratings in [St. Thomas], St. Maarten, San Juan for the guests that are going are higher than they were prior to the storms,' said Terry Thornton, a Carnival Cruise Line senior vice president. 'It’s important that not only is the Caribbean open but it’s providing a great experience on top of that.'

MSC Cruises USA president Robert Fusaro noted the reduced supply in parts of the eastern Caribbean as some sailings were redeployed to the western Caribbean.

Industry stakeholders, he said, need to tout the message that the region is open for business as there are still some 'lingering doubts' among consumers that are softening demand for some eastern Caribbean sailings.

Still, he said, the eastern Caribbean was receiving top marks from MSC guests visiting the region.

The outlook for Caribbean cruising appears bright with more ships, some of them new, slated to carry more passengers to the region still considered the world’s most popular cruising ground.

For 2018, the trade group’s cruise line members are forecasting passenger arrivals to the Caribbean to grow 4% from last year, she noted.

The addition of Cuba calls to Caribbean itineraries from Florida and Puerto Rico homeports is also helping to attract more customers to the region, which cruise line officials view as a win.

'Guests want diversity of ports on itineraries and Cuba will bring more interest into the region so other ports will benefit,' Carnival’s Thornton said.

'From what I see, it's clear skies ahead in the Caribbean,' Paige said. 'The Caribbean is delivering, and delivering better than before.'