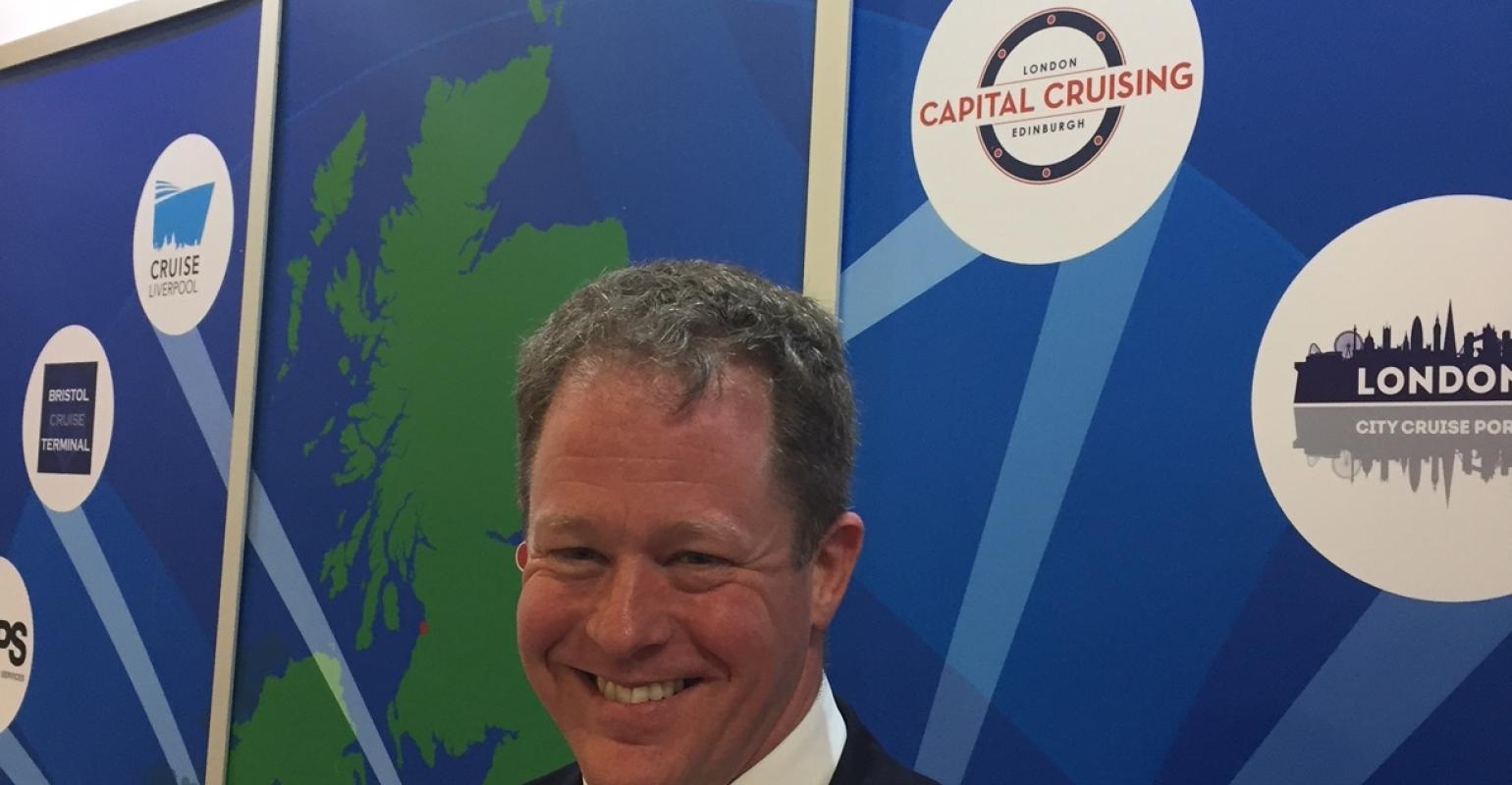 CruiseBritain chair James Stangroom - Over 1.4m passenger day calls 'a fantastic figure to reach'
Figures released today by CruiseBritain at its annual British Street Party on the exhibition floor at Seatrade Cruise Global show the number of cruise passengers visiting Britain continues to rise for the 10th consecutive year. In the last decade, passenger day calls have quadrupled to reach 1.415m, including an increase of 17% over 2016.

Passengers arrived through 68 cruise ports in 2018 and stepped ashore for the day from 120 individual ships, with many ships calling on multiple occasions. Fifty-six cruise lines visited UK ports as diverse as Douglas (Isle of Man) and Dover, Tyne and Torquay, Forth and Fishguard. Strong regional growth can be seen for a number of ports including Douglas, Kirkwall (Orkney), Portland and Tyne.

‘Over 1.4m is a fantastic figure to reach and the strength of the growth trend is testament to the increasing popularity of Britain as a cruise destination. The jump from just 365,000 day call passengers in 2007 to nearly quadruple that number in 2017 is a remarkable trajectory and one we are doing everything to support,’ commented James Stangroom, chair of CruiseBritain.

‘1.1m passengers began their cruise at a British port in 2017 which is a rise of 6% over 2016. Many of the UK’s ports can handle both day calls and embarkations which increases the opportunity to grow the nation’s cruise business,' Stangroom added. ‘As the global cruise market continues its growth trend, we are confident that Britain's appeal as a cruise destination will mirror that trend.’