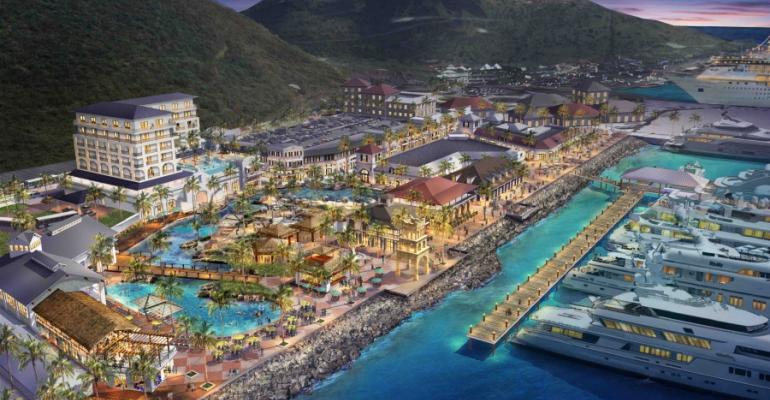 Royal Caribbean Cruises Ltd. introduced the design and plans for Sint Maarten Quarter, a $120m mixed-use waterfront village to be developed within the Harbour of Philipsburg, St. Maarten.

Offering entertainment, restaurants, retail and activities, the development is intended to serve the growing volume of cruise visitors to the island. St. Maarten surpassed the 2m passenger milestone for the first time in 2014, making it the second busiest cruise port in the region.

The project will be developed by a consortium that includes a subsidiary of construction management company Hill International represented by vp Adam Petrillo and Maarten Mobach Jr., local partners Platinum Harbor Holdings Ltd. and BL Worldwide Inc. and Fondo Valores Immobiliarios, an international real estate investment fund based in the Dominican Republic and founded by real estate investor Luis Velutini.

Sint Maarten Quarter is touted as featuring high quality entertainment, restaurants, retail and activity facilities, introducing new brands to the island and accommodating local merchants. The project will also include a four-star, 200-room hotel—the brand to be announced—with an infinity pool, meeting and conference rooms, a casino and a spa.

An inland salt water Reef Lagoon is planned, which will include stingray and shark sections, as well as an aquarium where visitors can snorkel or Sea Trek, enabling non-certified divers to helmet dive while walking under water.

A zipline attraction is planned on the site, too.

The development is projected to bring tens of millions of dollars in revenues to the island. More than 250 jobs are expected to become available during the construction phase over the next two years and more than 400 full-time jobs are anticipated after completion.