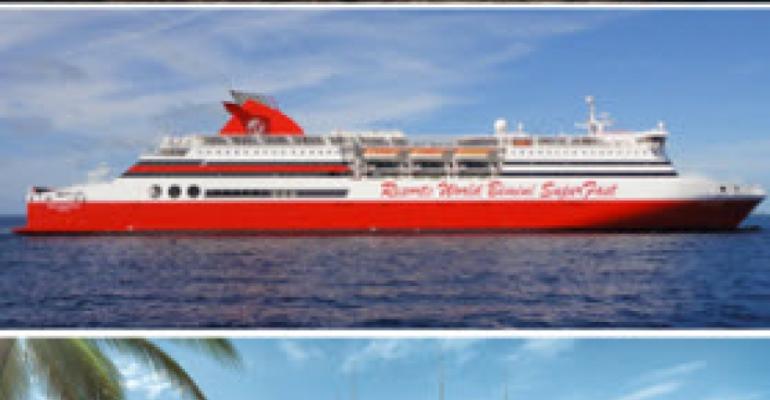 Port Everglades' 2014/15 winter cruise season will open with the naming of Regal Princess by the original 'Love Boat' cast, the deployment of Resorts Worlds' Bimini SuperFast day cruise and the grand opening of the fully renovated Cruise Terminal 4.

The $24m Cruise Terminal 4 has been completely gutted and renovated with a revamped transportation area, 172 surface parking spaces, improved lighting and acoustics, a high efficiency air conditioning system, 50 check-in counters and two new passenger loading bridges. Port Everglades will apply for Leadership in Energy and Environmental Design (LEED) certification for the terminal due to the scheduled energy-efficient improvements.

Bermello Ajamil & Partners provided architectural and engineering services, construction administration and management services for the completion of the design for the expansion project. This makes the sixth terminal B&A has delivered for the port since 2008. The project includes the design for the lengthening of the adjacent Slip 2 to 1,200 linear feet, scheduled for completion by the start of the 2015/16 cruise season. The slip extension was the driver for Terminal 4 as it dictates the maximum capacity design vessel.

Ocean Princess and Carnival Conquest will also make their first calls at Port Everglades this winter, with Carnival Conquest continuing to sail year-round through the summer. A total of five ships will embark on world and grand cruises from the South Florida port this year.

'We look forward to a busy cruise season again this year, especially once our newly renovated Cruise Terminal 4 opens and our guests experience improved access and a much more efficient transportation flow,' said Port Everglades chief executive and port director Steven Cernak, who is at Seatrade Med in Barcelona this week promoting the port to cruise operators.

Princess Cruises will officially name Regal Princess on Nov. 5, making this the seventh Love Boat to be named at the Fort Lauderdale facility. The sister of Royal Princess began sailing its inaugural season in the Mediterranean in May, and Princess elected to postpone the official naming ceremony until Regal Princess reached its North American homeport. The ship will sail from Port Everglades on weekly eastern Caribbean cruises from Nov. 9 through April 25.

Resorts World's Bimini SuperFast will begin sailing year-round from Port Everglades to Bimini every Tuesday, Wednesday and Thursday beginning Oct. 14. The 1,500-passenger ship will depart at 9 a.m. from Cruise Terminal 21 and return at 9 p.m.. Bimini SuperFast offers 180 cabins, six restaurants and bars, a casino and activities during its two- to three-hour journey.