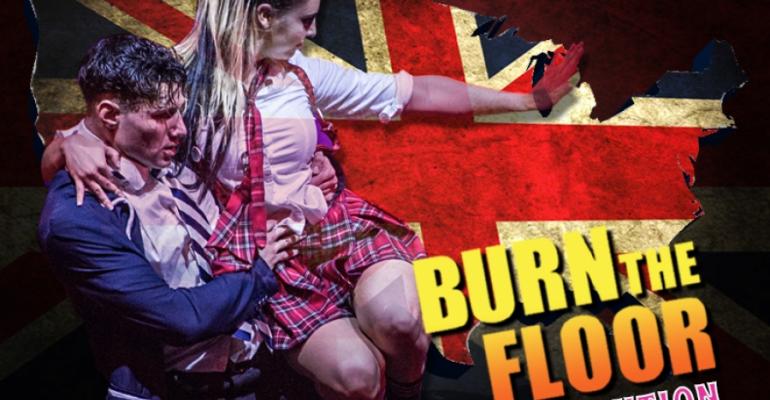 Four shows—from a French burlesque-style cabaret to Peggy Lee's songbook, and Hollywood's top movie music to Burn the Floor's take on dances of the Beatles era—will debut with the new Seven Seas Explorer.

Regent Seven Seas Cruises tapped into the entertainment team at sister company Norwegian Cruise Line to amp up the productions for what it touts as the world's most luxurious ship.

A team of writers, directors and composers with extensive Broadway experience, led by Julliard-trained musical director Jeremy Fenn-Smith, developed the shows. They'll be performed by a cast of 12 singers and dancers accompanied by a seven-piece orchestra in Seven Seas Explorer's grand Constellation Theater.

Burn the Floor, a big hit on Norwegian ships, will perform a new production, 'My Revolution,' that begins when Beatlemania and the British Invasion hit North America starting with the Feb. 9, 1964 'Ed Sullivan Show.'

Ambrose described the show as 'hot and sexy—just think of it as ballroom dancing to the Beatles.' The production features dances of the era including the Jive, Swing, Fosse, Contemporary, the Madison and the Twist.

'Peggy Lee' is an homage to the American jazz and popular music crooner whose hits include 'Fever,' 'The Freedom Train' and 'You Gotta Have Heart.' This original show is directed by William Whitener, who has performed, choreographed and directed for stages worldwide, including Broadway. The set is inspired by New York's Waldorf Astoria in 1950.

Featuring bawdy, Parisian-style entertainment, the show 'Paradis' is a blend of dance and steamy song stylings set to a throbbing beat. It's directed by veteran Broadway and Off-Broadway choreographer Patricia Wilcox and has more than 300 costumes.

'A Day in Hollywood' is a Tony Award-winning show (the first act of 'A Day in Hollywood/A Night in the Ukraine') featuring some of the greatest movie music, such as 'Over the Rainbow,' 'Thanks for the Memory' and 'Hooray for Hollywood.' It's set in the lobby of Grauman's Chinese Theater and spands the 1920s to the 1960s.

While Seven Seas Explorer will debut the shows, Regent Seven Seas is investing to upgrade entertainment across its entire fleet. In the coming months, each ship will add a range of staged entertainment, from Broadway-style theatrical shows and musical medleys to variety-style comedic productions.

'Our guests will notice a significant upgrade to our on-board entertainment across the fleet,' said Jason Montague, president and chief operating officer.