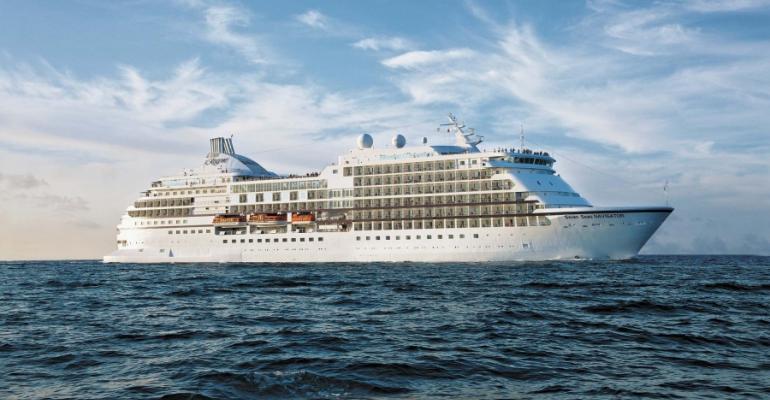 After a six-year hiatus, Regent Seven Seas Cruises will operate a world voyage in 2017. The 128-night circumnavigation on Seven Seas Navigator sails from Miami.

'The expansion of our fleet allows us to take our ships to new destinations and be even more creative with our itineraries,' said Jason Montague, president and chief operating officer of Regent. Montague had first announced the plan for a world voyage during Norwegian Cruise Line Holdings' investor conference in February.

The cruise begins with a one-night, pre-cruise hotel stay and gala dinner with entertainment at Miami's historic Biltmore Hotel. Seven Seas Navigator will cruise the Caribbean before transiting the Panama Canal to the Pacific Ocean. Several calls in Central America and along the Baja coast follow prior to San Diego and Los Angeles. From there, the ship will head to Hawaii, French Polynesia, American Samoa, Fiji and New Zealand, and the east and north coasts of Australia.

Seven Seas Navigator will then traverse the Timor Sea in route to Indonesia before sailing across the Java Sea and Indian Ocean to Singapore. The ship will pass through the Strait of Malacca to Thailand then cross the Andaman Sea to Myanmar and later visit four ports in India. A northwestern passage across the Arabian Sea and the Gulf of Oman through the Strait of Hormuz will take the ship to the United Arab Emirates before it cruises along the coast to Oman, through the Gulf of Aden and into the Red Sea to Jordan, Israel and Egypt.

Seven Seas Navigator continues through the Suez Canal en route to Cyprus, Greece and Turkey, then sails the Dardanelles to Greece before taking the Messina Strait to Italy, Monaco, France and Spain. The ship will visit Gibraltar before sailing to additional ports in Spain and Portugal and the Portuguese island of Madeira. A trans-Atlantic voyage takes passengers back to Miami.

The 490-passenger ship is Regent's smallest.

In addition, included shore excursions will operate to a number of UNESCO World Heritage Sites including Petra in Jordan, the Great Barrier Reef in Australia, Léon Cathedral in Nicaragua and Elephanta Caves in India.

Bookings opened today for the world cruise, and travelers who reserve their suite by October this year can get fares starting at $54,999 per person. Travelers who book the full circumnavigation will get amenities including the Biltmore pre-cruise gala, first class air, the exclusive shoreside experiences, door-to-door luggage service, a comprehensive visa package, unlimited laundry/dry cleaning and Wi-Fi, free phone time per suite, a commemorative gift and free on-board medical service.