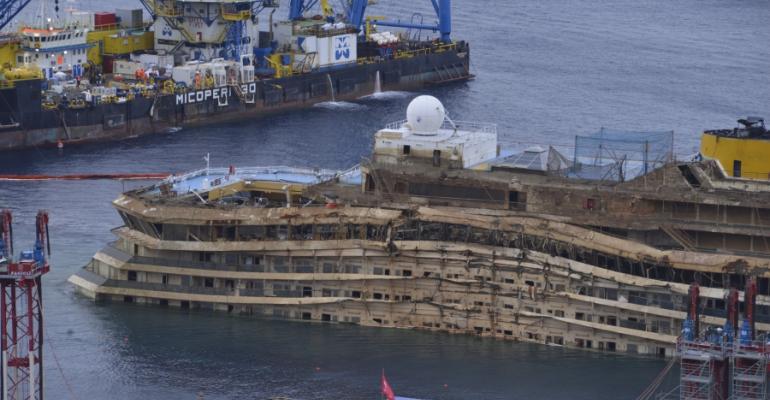 Remains found at the wreck will undergo DNA testing
Divers have located the remains of two bodies near the Costa Concordia wreck, according to news reports from Italy.

Italy's Civil Protection Authority chief Franco Gabrielli told reporters the remains will undergo DNA testing to determine if they are the two people whose bodies were never recovered when the ship went down in January 2012.

Unaccounted for are a Sicilian passenger, Mara Grazia Tricarichi, and an Indian crewman, Russel Rebello.

The remains were found nine days after the wreck was uprighted in a 19-hour operation.