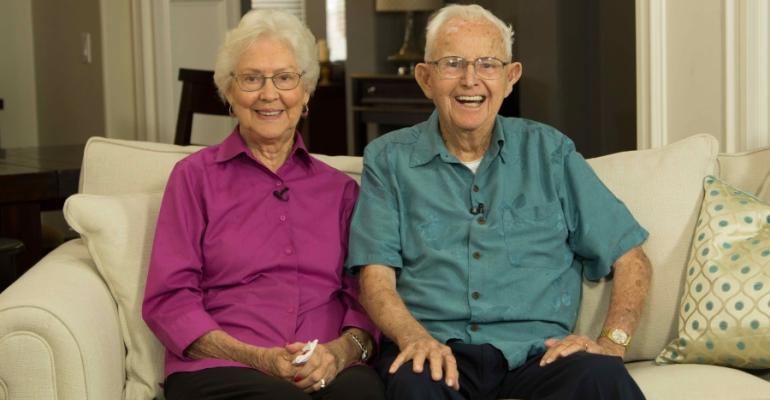 Pat and Pal Anderson were married 69 years
Avoya Travel chairman and founder Pal Anderson—the father of Van and Brad Anderson—died Feb. 10. He was 96.

Pal Anderson is remembered as an adventurer, an entrepreneur, a dreamer and pioneer. His zest for life, passion for travel and appreciation for people and relationships left enduring impressions on all who knew him.

Anderson and wife Pat entered the travel industry in 1964 while living in Hawaii when they purchased and ran a Hawaiian tour company. After moving to California, together they opened a retail travel agency in Escondido, which eventually became Anderson Travel and Cruises with 10 retail locations throughout San Diego.

With the changing tide of the Internet, the family’s brick and mortar travel agency chain evolved into the innovative and award-winning company known today as Avoya Travel.

Anderson's wanderlust and core values have been passed down to his children and grandchildren, who now helm the business he and Pat created.

One of the greatest honors in his travel career came in 2014 when Anderson welcomed many colleagues and friends to celebrate the business's 50th anniversary.

Born in Los Angeles in 1922 and raised in Colorado, Anderson valued family above all else and was a traveler at heart. He attended the University of Colorado before serving in the United States Navy during World War II where he participated in the Normandy landings on June 6, 1944. After his service, Anderson finished an economics degree and moved to Washington to work in his family’s automobile business.

He and Pat married In 1950. Together they took on life as one great adventure.

Always an idea man who embraced change, Anderson has had a profound impact on his family’s travel business.

In addition to sons Van and Brad, Anderson is survived by his wife of 69 years and eight grandchildren and 13 great-grandchildren.

Pal's wish for friends and family

A private service was held Feb. 14. In lieu of flowers, donations can be made in his honor to www.Tourism Cares.org. The family noted that aside from a donation, Pal’s wish would be for friends and family to see and experience the world together through travel.

Avoya Travel has 1,250 independently owned and operated travel agencies. The US-based company is frequently recognized with Travel Partner of the Year awards and accolades for innovation and leadership.