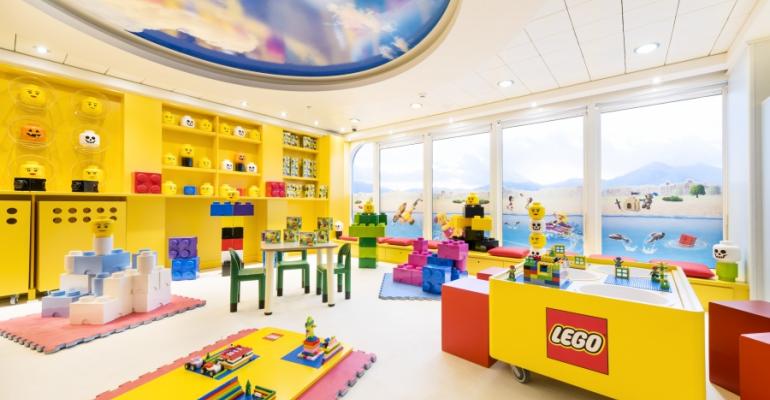 MSC Cruises ceo Gianni Onorato and his team unveiled the range of new features and customer options provided by the renewed MSC Armonia to more than 700 journalists and travel industry representatives at Genoa's Ponte dei Mille prior to the ship's departure on a 10-day inaugural cruise to the Canary Islands.

'I am very proud of what we and our partners at Fincantieri have achieved with MSC Armonia,' Onorato said. 'Not only is she smarter and more spacious, but we have given her a new lease of life that will appeal to experienced cruise travellers and first-timers in equal measure. This is why we call her "the ship that suits you."'

The €200m program will provide new experiences to MSC customers, a greater number of balcony cabins, the refurbishment of existing cabins and more space for the restaurants and buffet to expand the gastronomic offer, Onorato said. The buffet restaurant La Brasserie, serving hamburgers, pizza and fresh pasta, will be open 20 hours to enrich the cuisine choices.

Entertainment events will be available more than 20 hours a day, and there are enlarged spaces in the Armonia Lounge and library for live music and entertainment, as well as the new Top (deck) 13 solarium dedicated to adults, in addition to the expansion of the MSC Aurea Spa with new massage areas for singles and couples.

MSC Armonia is also the first cruise ship to feature tailor-made areas for children that are designed, equipped and endorsed by Chicco childcare and toy company LEGO. These areas were inaugurated after Onorato's news conference with the participation of television presenter Lorella Cuccarini and representatives of 'Trenta ore per la vita,' a support group for children with cancer.

Five clubs were created for the youngest cruisers up to age 17, introducing a new infant care area with specially trained staff and enlarged recreation areas, including a new Spray Park, a wet zone with interactive jets, slides and water features, located midship on the top deck. Also added is an indoor virtual arcade area in partnership with Namco, the video game producer.

'All the family members as well as couples or singles and different age customers can find their spaces and experiences, enjoying their vacation in the best and relaxing way,' Onorato said.

Youngsters under 18 are expected to count for up to 30% of Lirica-class passengers during the summer season and holidays periods, according to Leonardo Massa, MSC's country manager for Italy.

The renewed MSC Armonia gained 193 cabins, 94 with balconies, on decks 7, 8, 9 and 10, making a total of 976 cabins including 130 suites for total accommodation for 2,680 passengers. Similar changes and capacity are planned for the three other Lirica-class ships.

Together with Fincantieri and the RINA group, MSC is making these vessels, built between 2003 and 2005, more eco-friendly and efficient, Onorato continued. Their environmental impact will be significantly reduced thanks to a new hull treatment which reduces drag and a new propeller blade design to maximize efficiency, LED technology in all public spaces together with a variable speed drive inverter to reduce energy requirements as well as enriched safety equipment.

As Michele Francioni, ceo of RINA Services, explained, in addition to eco-friendly features, the Renaissance Program introduced a fire mitigation capability by separating the propulsion and electrical power production and management compartment into two areas to reduce the likelihood of power loss in the event of an engine room fire. To enhance maneuverability, more powerful thrusters were added.

With MSC Cruises' technical department support, Fincantieri was able to return MSC Armonia to service 11 weeks after its arrival at the Palermo shipyard. For such a project, the first-in-class ship requires additional sea trials and tests.

'However, based on our capabilities we are working today to return to service the remaining three ships in a nine-week period each,' Rizzo said.

MSC Sinfonia is to enter drydock at the beginning of 2015 for delivery at mid-March, followed by MSC Opera between May and July, to be delivered at the end of August, and MSC Lirica between August and November.

In total the program will involved around 1,500,000 working hours for Fincantieri including suppliers, mainly from Italy, Rizzo said.

Such projects will enhance Fincantieri's engineering portfolio as the result of a program developed in just two years, with ‘first-ever’ activities such as moving MSC Armonia's 14,000-ton bow section on rails, inserting the new 25-metre, 2,200-ton midsection and joining all three sections.

The Renaissance Program is the first in a series of fleet expansion activities valued at around €5bn that, with new ships coming from STX France and Fincantieri, will double MSC Cruises' passenger capacity from 40,000 per day to 80,000 per day by 2022, or 3.4m customers per year.