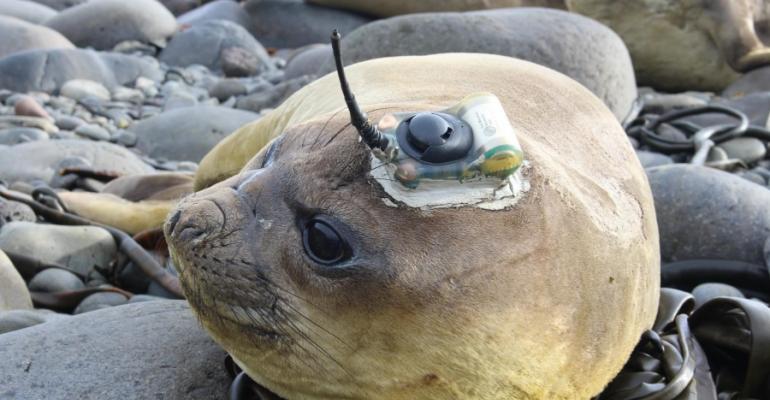 Selso, a young elephant seal who was found stranded far from its natural habitat and subsequently released with the help of MSC Cruises has returned to Marion Island.

In June 2013, the seal washed up on a beach in KwaZulu Natal in South Africa, exhausted and starving. It was taken to the uShaka Sea World rehabilitation centre in Durban where he was named Selso.

When Selso arrived he weighed 73kg, less than half of what he should have weighed, and needed to put on 110Kg before he could be released.  This took seven months. When deemed fit enough, Selso was embarked aboard MSC Sinfonia in the port of Durban in January this year, lifted in a crate on the foredeck and secured under cover. He was released off the coast of Port Elisabeth on January 11.

Prior to leaving the uShaka Sea World rehabilitation centre he was fitted with a satellite tracking tag which would record his movements for up to one year.

After six months at sea Selso arrived on Marion Island, June 30 Marion Island. Selso’s satellite transmitter indicated his location on the south side of the island and research staff were sent to access his condition. He was found to be in excellent condition.