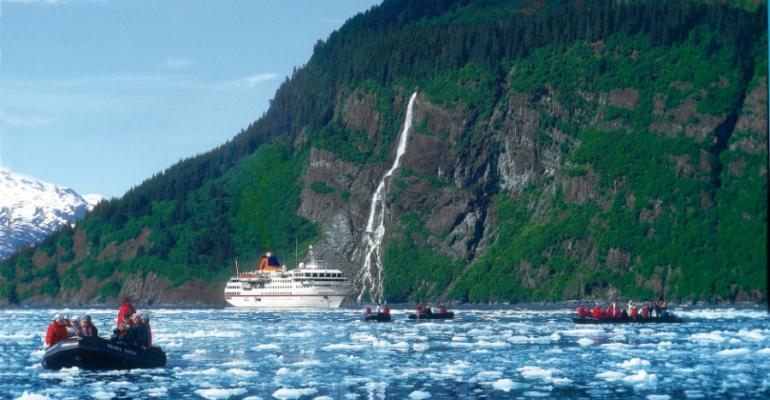 Following the conclusion of its two-year charter of Insignia, which operated as Columbus 2, Hapag-Lloyd Cruises said it will concentrate on the expedition and luxury segments with a strengthened focus on international sales.

The five-star expedition cruise vessel Hanseatic will be marketed internationally, as Europa 2 has been since entering service a year ago. An international cruise brochure for Hanseatic has just been released.

Insignia was handed back to Oceania Cruises in Barcelona on Thursday.

The four-star vessel had been positioned for newcomers to ocean cruising and families. Hapag-Lloyd is now abandoning this concept.

'By focusing on luxury and expedition cruising we intend to strengthen our quality leadership in these segments, and we also aim to advance the international sales of Europa 2 and Hanseatic,' said board chairman Karl Pojer.

Target markets include the US, UK, Netherlands, Belgium, Scandinavia and Australia. Pojer added the five-star-plus Europa and four-star-plus expedition cruise vessel Bremen are going to be marketed exclusively in the German-speaking markets in the future. In addition to Germany, these include Austria and parts of Switzerland.

The international 2015/16 Hanseatic Expedition Cruises brochure contains 11 cruises that will operate in English and German. Destinations for the 15- to 20-day itineraries include Antarctica, Chile, Greenland, the Arctic and the Amazon.

For the internationally marketed cruises, the crew are bilingual and Hapag-Lloyd will provide documents, daily programs, menus, lectures, announcements and Zodiac tours in English. Excursions in English can be arranged at all ports.

Hanseatic's first bilingual cruise is an 18-day Antarctica program, round-trip from Ushuaia, on Jan. 22, 2015. Destinations include the Falkland Islands, South Georgia, South Orkney Islands, South Shetland Islands and Antarctic peninsula. The program is priced starting at €11,410, $13,700 and £8,900 per person, including a charter flight from Buenos Aires to Ushuaia.

Years ago, Hanseatic was marketed in the US by Radisson (now Regent) Seven Seas Cruises.