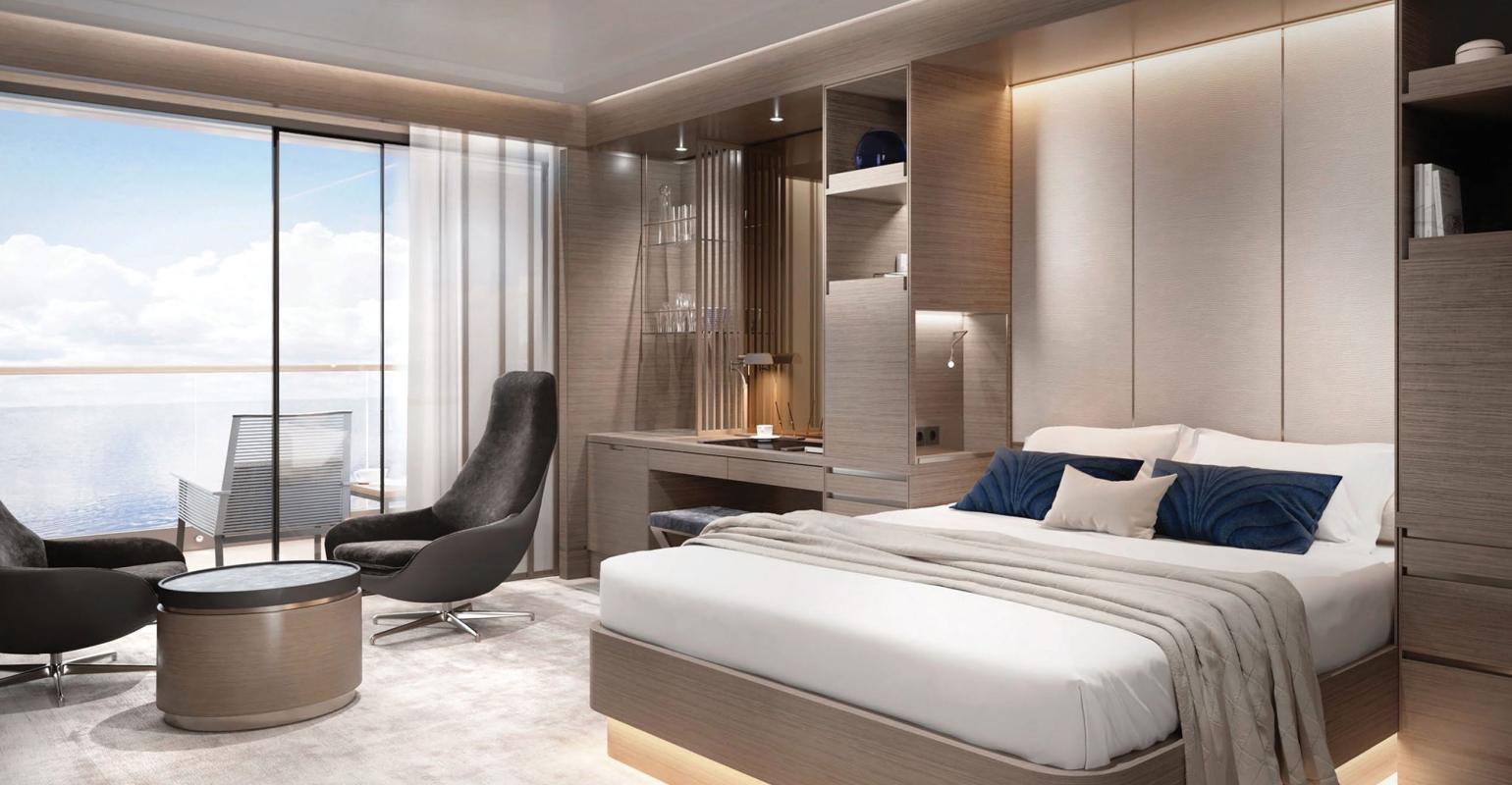 Loyalists 'don't just make a booking, they write you a love letter'

'This is a brand that has a very loyal following and that loyal following loves the Yacht Collection. They don't just make a booking, they write you a love letter,' he said.

There's a 'compelling number' of Ritz-Carlton loyalists, 'especially compared to the size of the venture we're building,' Prothero said. Those who've opted in to marketing messages quickly open them, and at a 'statistically significant' high rate.

Ritz-Carlton had expected about a third of bookings would come from people who've never cruised, but the rate is 'surprisingly higher.'

When it comes to the itineraries, Prothero said there's been interest 'pretty much across the spectrum.' The inaugural Caribbean voyage in February 2020 has been popular, along with the Mediterranean sailings and Canada/New England in the fall. There's been interest in the sole Iceland cruise, too.

Until today, The Ritz-Carlton Yacht Collection team has been working from temporary quarters. The reservations group moved into the new Coconut Grove, Florida, office on Saturday, and the rest of the staff reports there today.

Prothero commended reservation services manager Laura Hummel for assembling a crack team; she has 15 people split between Coconut Grove and a call center in Malta.

'The [reservations] system and the team came out of the box with no technical issues,' Prothero said.

Launch at Barreras this fall, christening in Florida February 2020

The yacht's launch—a traditional launch, not a float-out—is scheduled for this fall at Astillero Hijos de J. Barreras in Vigo, Spain, and delivery is set for late 2019. The christening will take place Feb. 5, 2020, following a four-night mini-cruise from Florida that overlaps the Super Bowl (to be played Feb. 2 in Miami).

Itineraries mingle great cities with chic yachting harbors, and late-night stays and overnights in port are frequent. For the most part, routes don't repeat, making back-to-back cruises enticing. The voyages are timed to events like the Monaco Grand Prix and Edinburgh Military Tattoo.

The Feb. 15 cruise, from Bridgetown to Cartagena, Colombia, stretches seven nights and calls at Bequia (overnight) and Mayreau, St. Vincent and Grenadines; Willemstand, Curaçao (until midnight), and Cartagena (overnight). Fares start at $4,600.

For example, the April 9 Lisbon to Palma de Mallorca cruise, eight nights, visits Gibraltar, Málaga and Valencia (all with port stays until midnight) and Ibiza (overnight and a midnight departure the second night). Fares start at $6,300.

The yacht will return to North America in September 2020, with a 14-night voyage from Reykjavik to Halifax, Nova Scotia, via Greenland, Newfoundland and Prince Edward Island. Canada/New England voyages follow. Twelve-night Boston-Montréal sailings, for example, are priced from $10,100.

In late October 2020, the yacht will sail from Boston to Nassau via the US Eastern Seaboard, for the start of its second Caribbean season.

Besides individual sales, charters are expected to be an important part of the business. The company has just hired two charter sales specialists. Interest so far has come from US-based companies, mainly for dates in the Caribbean and Mediterranean, but also Canada/New England. Interest in private charters has come from families in Latin America and the Middle East.

An e-brochure can be downloaded at www.ritzcarltonyachtcollection.com.