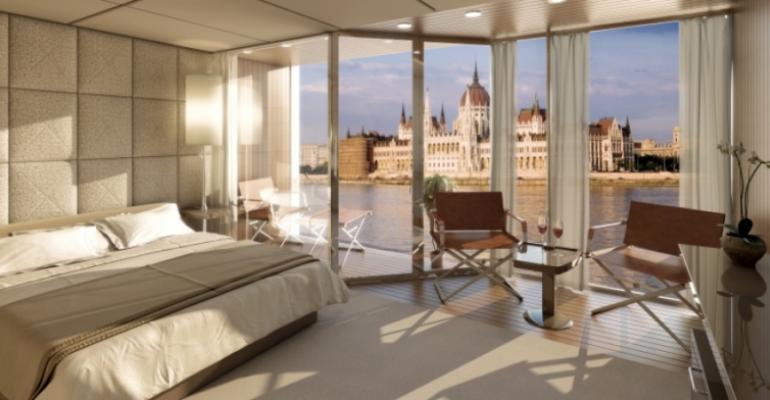 River cruising remains a 'well-kept secret' amongst seasoned travellers
New research based on interviews with over 600 UK customers identifies river cruising providing a huge area of opportunity for growth yet the general awareness and familiarity of the experience is low.

Andy Harmer, director at CLIA UK & Ireland, said the river cruising sector is important to watch. 'In 2014, the number of UK passengers increased by 6% to 139,400,' he said. However this equates to only 0.4% of all international holidays from the UK, according to figures complied by IRN.

Helen Roberts, consumer & retail industry lead at GfK, who together witn Accord, an integrated marketing agency specialising in travel and Cruise Lines International Association, produced the paper called 'Future Opportunities of River Cruising said, 'currently it’s a small share of the holiday market, but one that has the potential to attract a much larger volume of travellers. However the holiday market is increasingly competitive and the choosing and booking process ever more complex.'

Price is one of the biggest barriers for attracting new customers to the river cruise market, according to the White Paper, many consumers, even those who have taken a river cruise, see it as an expensive holiday option.

The research identified three potential groups of travellers who might be future river cruisers: 'active cultural junkies' or experienced travelllers who are passionate about travel and are likely to influence others and who on average take two to three holidays a year; 'cost conscious free timers' who are similar to the first category but this group has a distinct need for free time. These might be considered 'sightseers' as opposed to 'sight-doers'; and the third group in terms of who would consider a river cruise are those termed 'beach lovers' who are likely to go on two to three holidays a year and whilst advocates of the beach, they like city breaks and this is primarily where river cruising needs to focus its marketing and comminucatuions efforts, according to the study.

In summary, the research showed that of those who actively looked into booking a river cruise in the last 12 months but did not book, 42% ended up going on a city break instead. Whilst there are clearly similarities between city breaks and a river cruise: cultural immersion, variety, excursions etc, knowledge, price and a better understanding of the city break made them choose this over a river cruise.