River cruising in France: growth is back 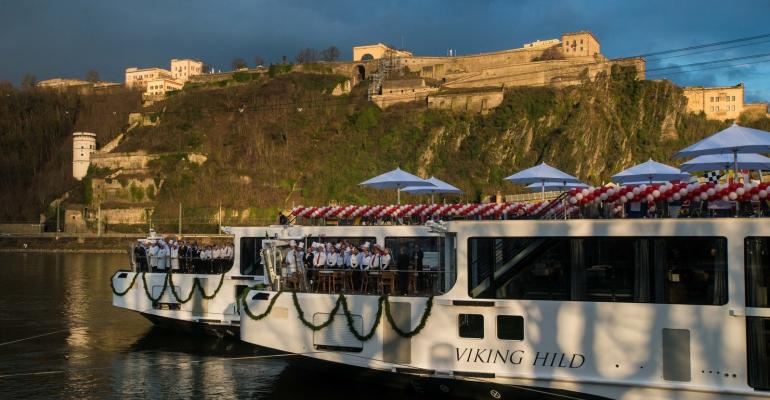 Viking Hild sails from Paris
After a year of terrorist attacks and floods in 2016, France’s river cruise business had a setback but last year it bounced back with 9% growth as foreign passengers returned, according to Voies Navigables de France (VNF).

‘The growth potential remains high as only some 53 custom-built ships (110 or 135mtr long with a 143 average passenger capacity) are currently sailing on the Seine, the Rhône and Saône, the Loire and the Garonne,’ said Dury.

On the Rhine, nearly 100 river cruise ships visit Strasbourg each year and there is potential for growth along the Garonne, the Seine and the Rhine, he added.

A new berth has recently been added in Lyon at the confluence of the Rhône and Saône. On the Seine, a new one will be inaugurated at La Roche sur Guyon next month and an extension at Andelys is scheduled for 2019.

In addition, French canal boats and hotel barges (typically 38.5mtr long) carried 22,000 passengers (+7%) in 2017. Positioned mainly on the luxury market with capacity for between six to ten passengers (apart from a recent diversification by CroisiEurope with 20 passenger capacity vessels and a price of €1,500 a week), they total 91 ships and sail mainly the Bourgogne-Val de Loire region, the Canal du Midi, the Champagne and Alsace.

About 72% of the passengers are sourced outside France, mainly from the US, UK, Australia and South Africa.

For 2018, river cruise operators are optimistic and expect similar growth numbers as last year with more ships sailing in the Seine basin and on the Rhine. Most popular are itineraries and shorex based on immersive experiences centred around food and wine and active family excursions, including biking.

VNF estimates the economic benefit of river cruising and hotel barges in France at €481m in 2017.