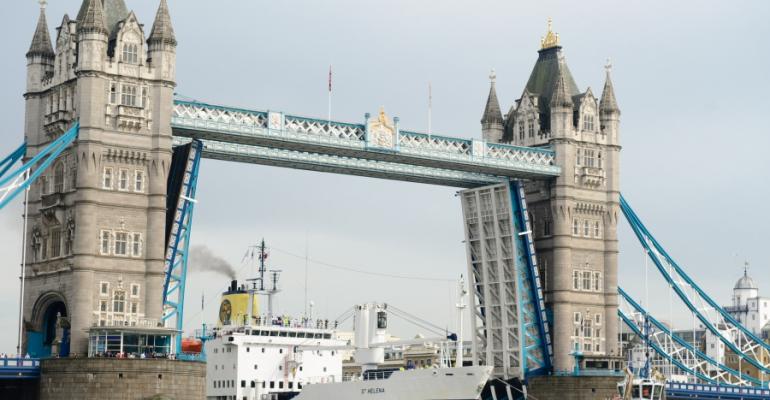 Picture shows the RMS St Helena passing under Tower Bridge during her final visit to the UK (PHOTO: pillar2post productions)

RMS St Helena, one of only two ocean-going vessels to still carry the title of Royal Mail Ship, departed Tilbury Passenger Terminal on Tuesday on her way back to the island of her name. The cargo included two fire engines and 38 cars.

Built in 1989 the British registered 6,767gt vessel, has berths for a maximum of 156 passengers plus 56 officers and crew.

The ship has been serving the remote Overseas Territory of St Helena for 26 years and, until the new airport opens later this year has been the only means of access.The ship has been making her final call to the UK and was moored alongside HMS Belfast last week. A surprise visitor was Princess Anne.

Due to be decommissioned later this year, RMS St Helena's sailing schedule has been extended until September 2016. A number of  shipping lines have expressed an interest in acquiring her and her current owners, St Helena Line are confident that she will be redeployed.

She was the last vessel to be built in Aberdeen, Scotland.