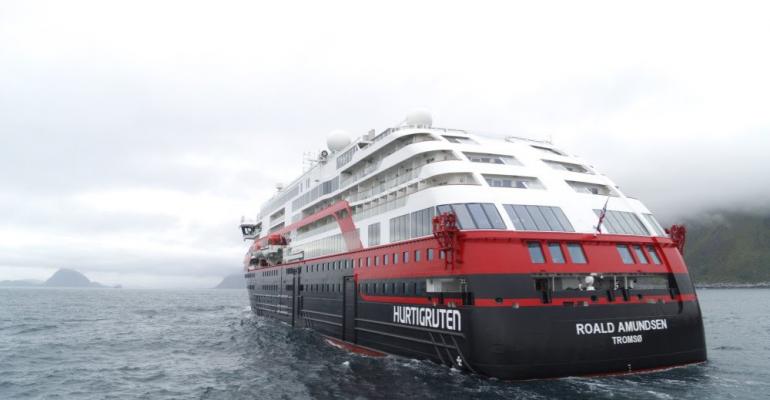 Bound for Tromsø, its port of registry, straight from delivery by Kleven

The ship was originally due to sail from Hamburg June 27, but the expedition cruise line delayed until yesterday due to ongoing interior works.

As the ship sailed from southern Norway to Tromsø, the navigation systems were tested in open waters. ‘The seagoing capability and maneuverability are just fantastic,' Capt. Kai Albrigtsen said.

The beauty of batteries

But the batteries also come in handy when the hybrid propulsion vessel is using its diesel engines.

‘The use of batteries at peak load reduces fuel consumption and emissions by about 20%. As the load increases, the battery usage goes up,' Chief Engineer Jan Andreas Grønås said.

'This is a much safer way to sail,' he explained, because it 'helps prevent blackouts.'