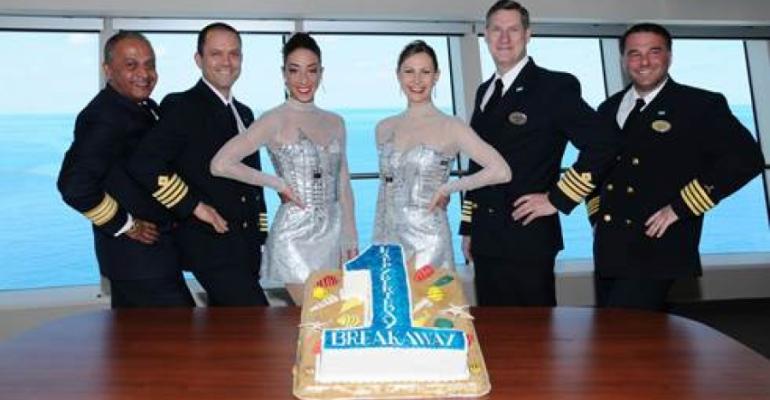 Since arriving in New York City last May, Norwegian Breakaway has carried nearly a quarter million passengers to Bermuda, the Bahamas, Florida and the Caribbean.

The birthday was saluted by the ship's godmothers, the Rockettes.

In addition, Fred Dixon, NYC & Company's president and CEO, called Norwegian Breakaway 'a great addition to our city and we’re excited to have her continue to share the best of NYC every week.'

Norwegian Breakaway's anniversary signals the start of the summer season, as the ship sails the second of 22 weekly cruises to Bermuda through Sept. 28, with Sunday departures.