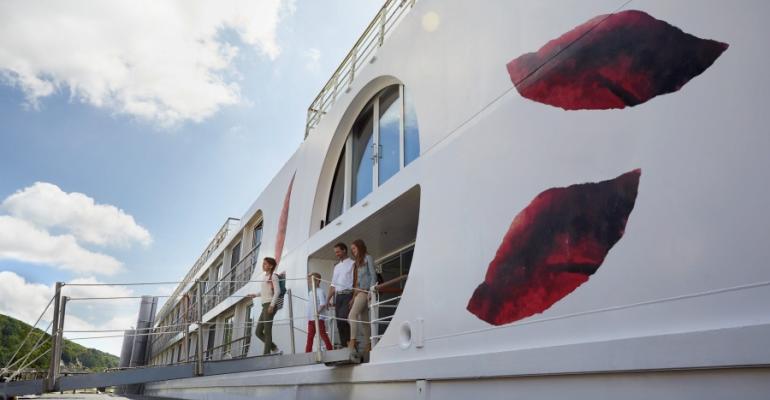 Families play a key role in A-ROSA's growth strategy PHOTO: A-ROSA Flussschiff
Having boosted 2018 profit by 60% and turnover by 6%, river cruise operator A-ROSA Flusschiff is expanding to a new river this year and is planning a new vessel.

In May A-ROSA is going to start operating on Portugal's Douro River, and plans for a new vessel tailored to multigenerational travelers are proceeding. This family-focused newbuild would sport innovative facilities and is expected to be inaugurated in 2021.

During 2019, A-ROSA is optimistic about keeping on course. Bookings through the end of January were up 9% year over year. The operator has newly added culinary cruises on the Danube, and A-ROSA Donna has been upgraded with restyled interiors.

The main news for 2019, however, is A-ROSA's expansion to the Douro where the newbuild A-ROSA Alva is scheduled to embark on its maiden voyage May 1. Until November, A-ROSA is offering seven-day itineraries between Porto and Barca d’Alva, which have been extremely well received by the German market.

Eichler said the Douro has proven a perfect choice for A-ROSA's expansion, with bookings budgeted for all of 2019 already reached at the beginning of the year.

As the next step in its expansion strategy, A-ROSA is planning an innovative vessel for Central Europe—expected to sail on the Rhine—starting in 2021. As a novelty in the German river cruise market, the new vessel will be designed for families. Larger cabins, diverse on-board entertainment and other facilities including a large pool are aimed at making river cruising attractive to younger clientele, including children.

A-ROSA has been working on the project for some time, and Seatrade Cruise News understands a contract is likely to be signed this year.

Efforts to attract families to its current fleet are bearing fruit. Some 2,400 children sailed on A-ROSA vessels last year, mainly of course during the German school holidays.