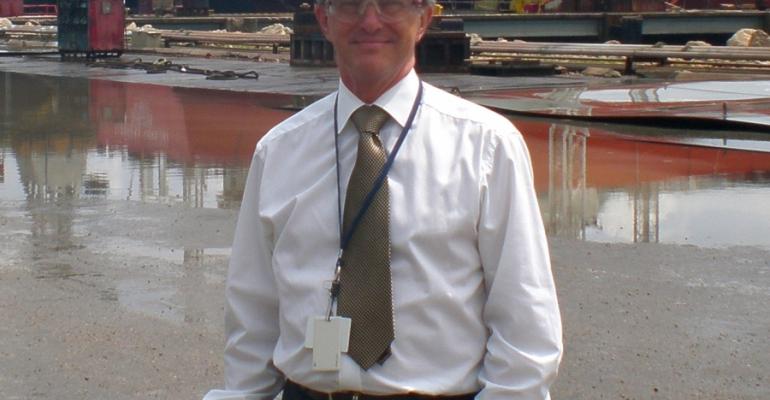 After driving the development of Grand Bahama Shipyard into a world-class repair facility, Carl-Gustaf 'Calle' Rotkirch, 65, is retiring as chairman and ceo.

Chief operating officer Reuben Byrd will assume the responsibilities of acting president. The board said it will elect a new chairman in due course.

'An absolutely enjoyable experience,' is how Rotkirch described his time at GBS, and he called Grand Bahama a 'wonderful island.'

During his tenure the Freeport facility has blossomed into a world-renowned shipyard with a wide array of customers, the board said in announcing Rotkirch's retirement, effective June 15. Carnival Corp. and Royal Caribbean Cruises Ltd. each have a 40% stake, with the Grand Bahama Port Authority owning the balance.

The highly regarded Finnish shipbuilding and lifecyle services professional took over GBS management in August 2008, arriving just before the facility was battening down for a hurricane. In 2009, GBS carried out its first turn-key cruise project, one of Rotkirch's goals.

Progressively complex and extensive projects for a wide range of operators followed. Just last year, an ingenious solution was found to replace two pod bearings on the world's largest cruise ship, Allure of the Seas, by using a cofferdam in a wet dock. The feat was carried out in less than four days, saving the vessel a time-consuming trip to Europe to find a large enough drydock.

'After the first two years in the yard, 2008 to 2009/10, things started to develop in the direction I wanted,' Rotkirch told Seatrade Cruise News, 'and now I am in the happy position to hand over a clean shipyard in good condition to my successors.

'The customer base is developing and the volume of work is constantly evolving,' he continued.

'We have an excellent team here now. It is responsive, it has a strong sense of pride in doing the right thing, respect for each other is the order of the day and our core brand values are adhered to—safety, quality, reliability, location.'

Rotkirch will be returning home to Finland.

Since 2008, revenues have strengthened and the facilities have developed from a two drydock yard into a ship repair, refurbishment and conversion facility with three drydocks and four to five fully equipped wet berths and workshops in conjunction with key on-site partners. They include Bradford Marine, ABB, Rolls-Royce, Chris-Marine, KE-Marine, MSHS, Wärtsilä, IMC Metal Fusion, GCS and SPS on site.

The GBS board thanked Rotkirch for his significant contributions and cited his dedication, perseverance and expertise.