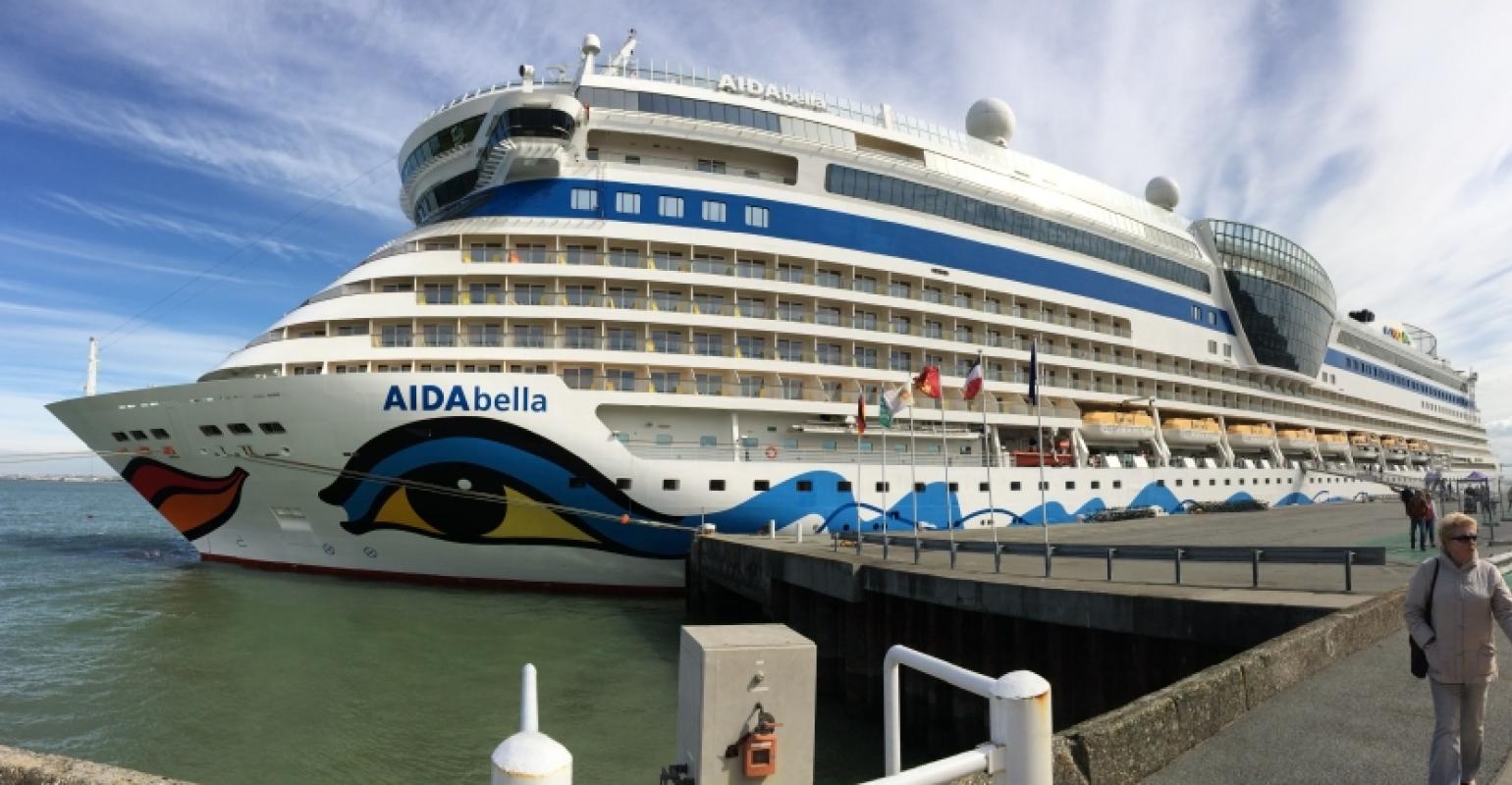 AIDABella was the largest ship ever to call at Roeun's Honfleur terminal
The port-city of Rouen welcomed Transocean’s Astor for the first time Tuesday, following on quickly after hosting another maiden visitor, AIDAbella, at the port’s Honfleur terminal last Friday.

AIDABella was the largest ship ever to call at Honfleur.

On Sunday, Viking Star sails the Seine to Rouen itself, also the largest ship ever to do so.

These calls mark the start of a record season which sees a total of 60 cruise calls.

Also welcomed for the first time later in the year are Hebridean Princess, Magellan, Azores and Corinthian.

The arrival of these ships coincides with a number of new attractions in Rouen. In March, the new Joan of Arc Museum opened using some of the rooms where her trial, condemnation and eventual pardon took place, combining history with the latest 3D technology to bring the period to life.

Also newly opened is The Panorama -  the only one of its kind in France. It is artwork of minute attention to detail, viewed from inside a 28mtr high rotunda, the entrance being through a darkened underground passage, so that visitor’s pupils dilate due to the dazzling of the projection. Its next display entitled ‘Gothic Rouen’ is a creation representing Rouen at the time of Joan of Arc which will be exhibited from spring 2016.

2015 marks one of Rouen’s longest seasons, which this year stretches to December 14, when the local Christmas Market is in full swing.