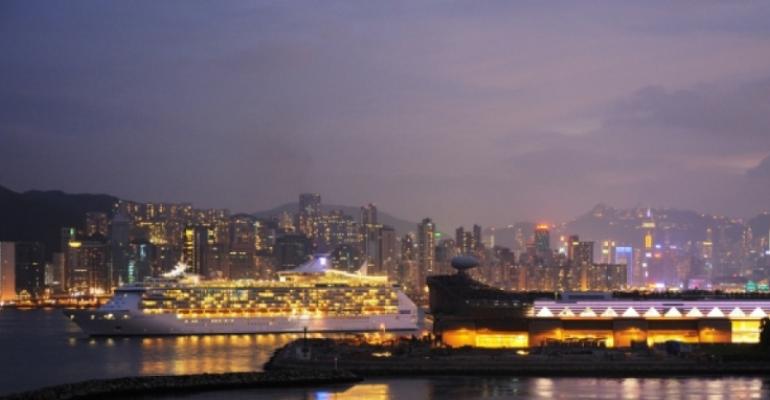 Royal Caribbean Cruises Ltd. expanded its presence in the Asia-Pacific region by establishing an office in Hong Kong, augmenting its locations in Beijing and Shanghai, and will deploy Voyager of the Seas from Hong Kong for a series of cruises in summer 2015.

The developments are 'a testament to our commitment and confidence in Hong Kong and the surrounding region,' according to Adam Goldstein, president and coo of Royal Caribbean Cruises Ltd.

Hong Kong has immense potential as a homeport for Chinese vacationers, added Zinan Liu, regional vp of Asia and managing director of China for Royal Caribbean.

On June 26, Voyager of the Seas will sail a six-night cruise from Beijing (Tianjin) to its new homeport of Hong Kong, where the ship will offer 22 sailings through October 2015 for international vacationers. The three- to 10-night sailings visit Vietnam, Thailand, Singapore, Japan, South Korea and Taiwan, as well as destinations in China.

Before its deployment, Voyager of the Seas will undergo a previously announced bow-to-stern revitalization.

As part of its plan, Royal Caribbean also will partner with the Hong Kong Tourism Board and local travel organizations, with the aim of raising Hong Kong and the Asian-Pacific cruise industry to new levels.

'We are excited that Royal Caribbean has decided to make Hong Kong one of its key homeports in Asia Pacific, which is a vote of confidence in our city’s potential for the global cruise industry,' said Anthony Lau, executive director of the Hong Kong Tourism Board.

Especially since the Kai Tak Cruise Terminal opened last year, the Hong Kong Tourism Board has intensified promotion of Hong Kong’s appeal as a cruise destination through dedicated campaigns.