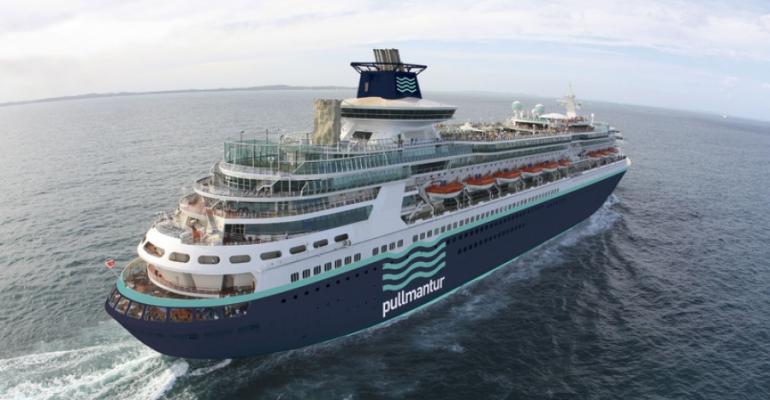 Sovereign - one of Pullmantur's five ships

Royal Caribbean Cruises Ltd. appointed a veteran of South America's airline industry as Pullmantur's new president and ceo. Jorge Vilches will be responsible for the strategic direction and leadership of the brand and will report directly to Royal Caribbean chairman and ceo Richard Fain.

Vilches has spent the past 10 years in the travel industry, holding various positions with the LATAM Group, a leader in the airline industry in South America. Most recently, he served as ceo of LATAM's long-haul business unit, the group's biggest division in capacity and revenue.

Previous management positions at LATAM include ceo of LAN Peru, the main carrier in that South American country, and ceo at LAN Express, LAN's domestic operation in Chile.

Vilches was born in Spain and has lived in a number of Latin American countries, most recently, Brazil.

'Jorge has a proven track record of success in the travel industry, and extensive knowledge of the market,' Fain said, adding that Pullmantur plays an important role in Royal Caribbean's long-term strategy, particularly as the brand's reach expands into Latin America.

Pullmantur's five-ship fleet has capacity for more than 12,000 passengers. Since 2013, it has promoted a strategic growth plan in the Latin American cruise market, where more than 60% of its business is sourced.

The Madrid-based company has been setting up a Latin America headquarters in Panama.

It was announced earlier this year that ceo Gonzalo Chico Barbier would be stepping down in June.