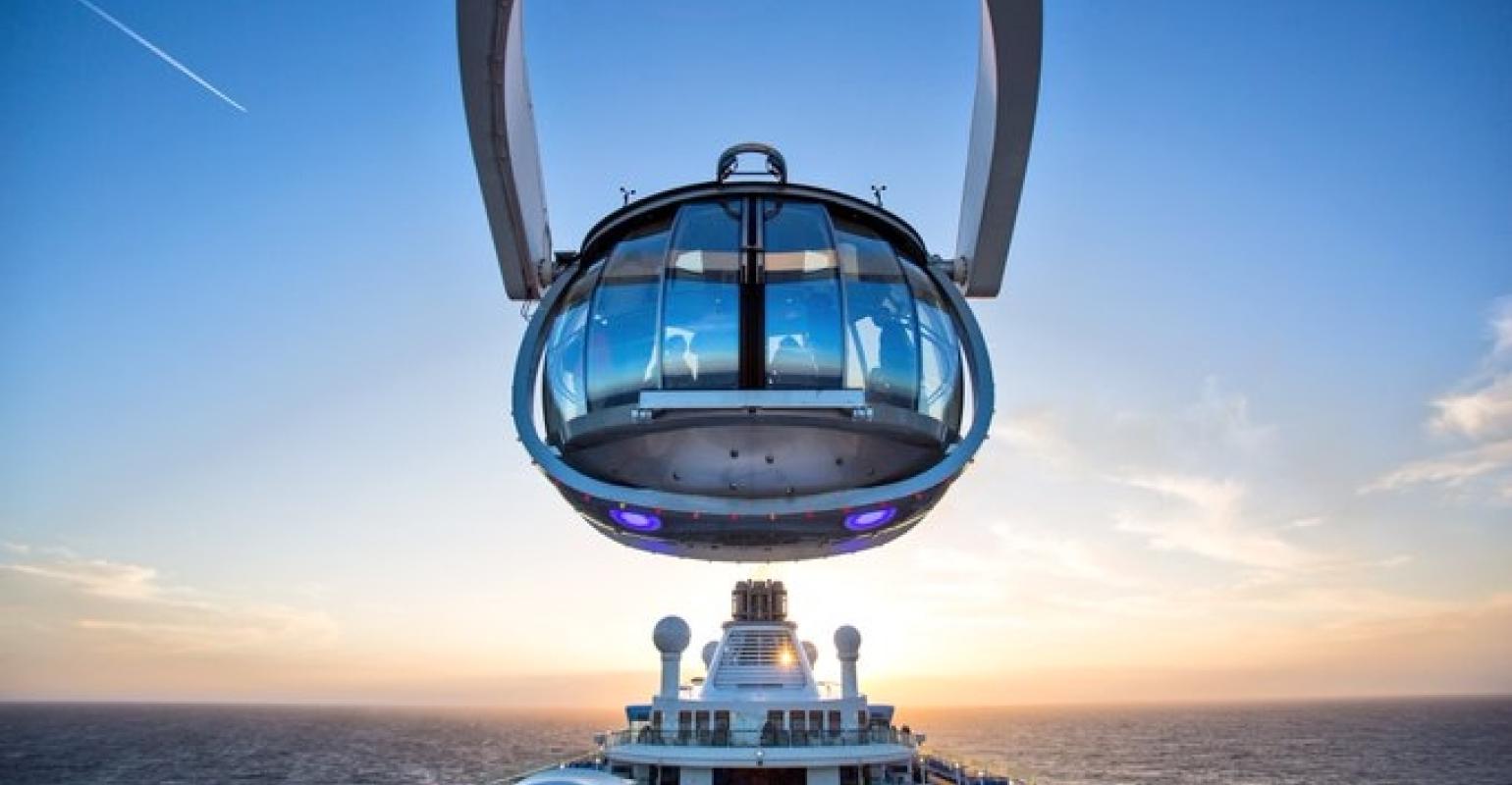 In its first three-ship Alaska deployment, Royal Caribbean International is sending Ovation of the Seas and a Radiance-class pair in 2020.

Ovation returns following its debut Alaska season in 2019 as the first Quantum-class ship on the West Coast and largest cruise ship to sail the Gulf of Alaska. In addition, Serenade of the Seas and Radiance of the Seas join the lineup for the brand's biggest Alaska season ever.

Via Hawaii or the Panama Canal/California coast

Before arriving to the Last Frontier, Ovation and Radiance will island-hop through Hawaii, while Serenade sails the Panama Canal and California coast.

Ovation of the Seas will then depart weekly from Seattle. The ship's North Star viewing capsure gives the highest vantage point on any cruise ship to take in Alaska's mountains and glaciers. Juneau, Skagway, Endicott Arm fjord and Victoria, BC, are on the itinerary.

For the first time since 2009, Serenade of the Seas will head west, repositioning from winter in the southern Caribbean to Vancouver, BC. The ship will sail seven-night Inside Passage cruises calling at Ketchikan, Juneau and Icy Strait Point.

Radiance of the Seas, which has served Alaska in recent years, will once again operate seven-night cruises between Vancouver and Seward. A veteran in the Gulf of Alaska, the ship will cruise alternating southbound and northbound itineraries.

Serenade of the Seas will reposition from Fort Lauderdale to Los Angeles on a 15-night Panama Canal voyage departing May 4, 2020, with stops at Cartagena, Colón, Puntarenas, Puerto Quetzal, Puerto Vallarta and Cabo San Lucas. On May 19, the ship will sail up the Pacific Coast to Vancouver in seven nights.

Both Ovation and Radiance of the Seas will visit Hawaii en route to Alaska. Ovation will embark on its 12-night cruise from Honolulu May 7, 2020, stopping at Lahaina (Maui), Kailua (Oahu) and Kona (Hawaii). Also sailing from Honolulu, departing May 5, Radiance will offer a 10-night itinerary including Lahaina, Kailua, Kona, Hilo (Hawaii) and Nawiliwili (Kauai).