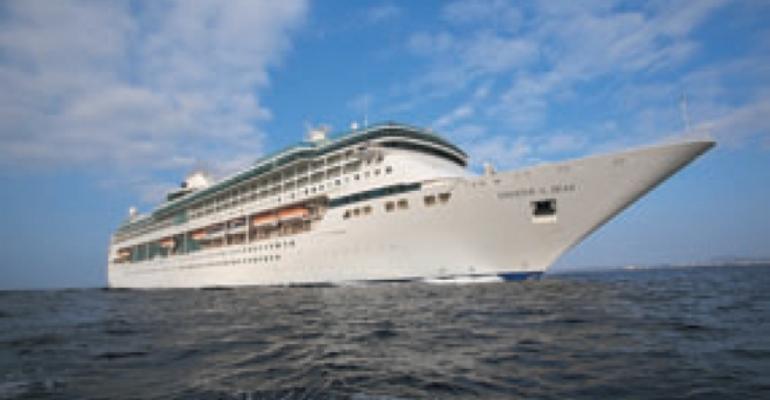 Before operating Royal Caribbean International's first season of cruises from Brisbane, Australia, Legend of the Seas will be based in Singapore during summer 2015. With Mariner of the Seas sailing from Singapore in the winter season, this will mark the first time the line operates year-round from Singapore.

Legend of the Seas will begin its 2015 summer with a 15-night westbound Panama Canal transit, departing in April from Florida's Port Everglades to San Diego, Calif. From there, the ship will embark on a trio of sailings across the Pacific to Singapore.

A 10-night Hawaii cruise from Ensenada, Mexico, will call at Maui, Kauai and Hawaii before ending at Honolulu, Oahu. From there, Legend of the Seas will sail a 17-night voyage to Sydney, Australia, via the French Polynesian islands, Fiji and New Caledonia. The ship will then complete its half-way-around-the-world voyage to Singapore via the north coast of Australia.

While based in Singapore, Legend of the Seas will offer a variety of three- to 10-night round-trips throughout Malaysia, Thailand, Cambodia and Vietnam through mid-November. There also will be two consecutive 14-night itineraries in September, a southbound sailing from Singapore to Fremantle (Perth), Australia, followed by a northbound return, both calling at Malaysia, Thailand, Indonesia and western Australia.

Legend of the Seas will then redeploy from Singapore to its new homeport of Brisbane on an 18-night cruise departing in late November.