Royal Caribbean International’s Harmony of the Seas sails into Southampton 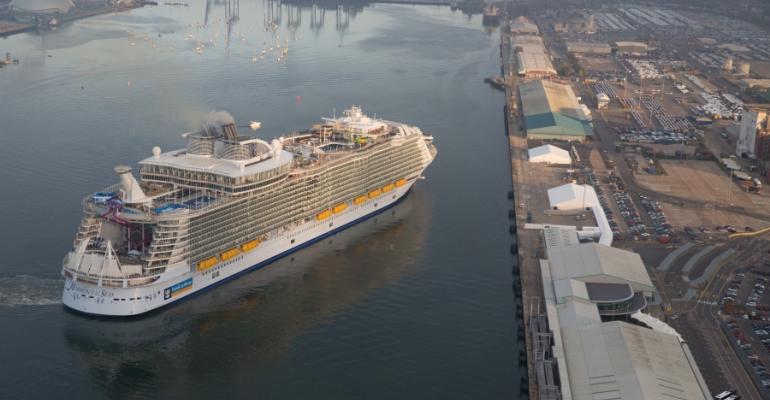 Harmony of the Seas arriving in Southampton Tuesday morning

The port of Southampton, UK was bustling Tuesday morning as onlookers  gathered to be among the first to see the world’s largest cruise ship, Harmony of the Seas, upon her first arrival into port.

After 32 months of construction, the ship’s arrival marks a major milestone for Royal Caribbean International as Harmony becomes the 25th ship in the fleet.

'Harmony of the Seas is redefining holidays and intriguing a new generation of travellers with  a bold and unexpected line-up of first at sea innovations, while enticing them to explore the world from a new perspective,' said Michael Bayley, president and ceo Royal Caribbean International.

Harmony of the Seas will sail from Southampton on a series of short getaways to Northern Europe before embarking on her maiden cruise on May 29, arriving in Barcelona, Spain on June 5.

The ship then will officially launch her inaugural summer season with the first of 34 seven-night western Mediterranean sailings on June 7.

In November 2016, Harmony will arrive at her homeport of Port Everglades, Fort Lauderdale, Florida, from where she will offer seven-night Eastern and Western Caribbean sailings.  The newest member of the fleet will join sister ships Oasis of the Seas and Allure of the Seas, homeported in Port Canaveral and Port Everglades respectively, on the east coast of Florida.