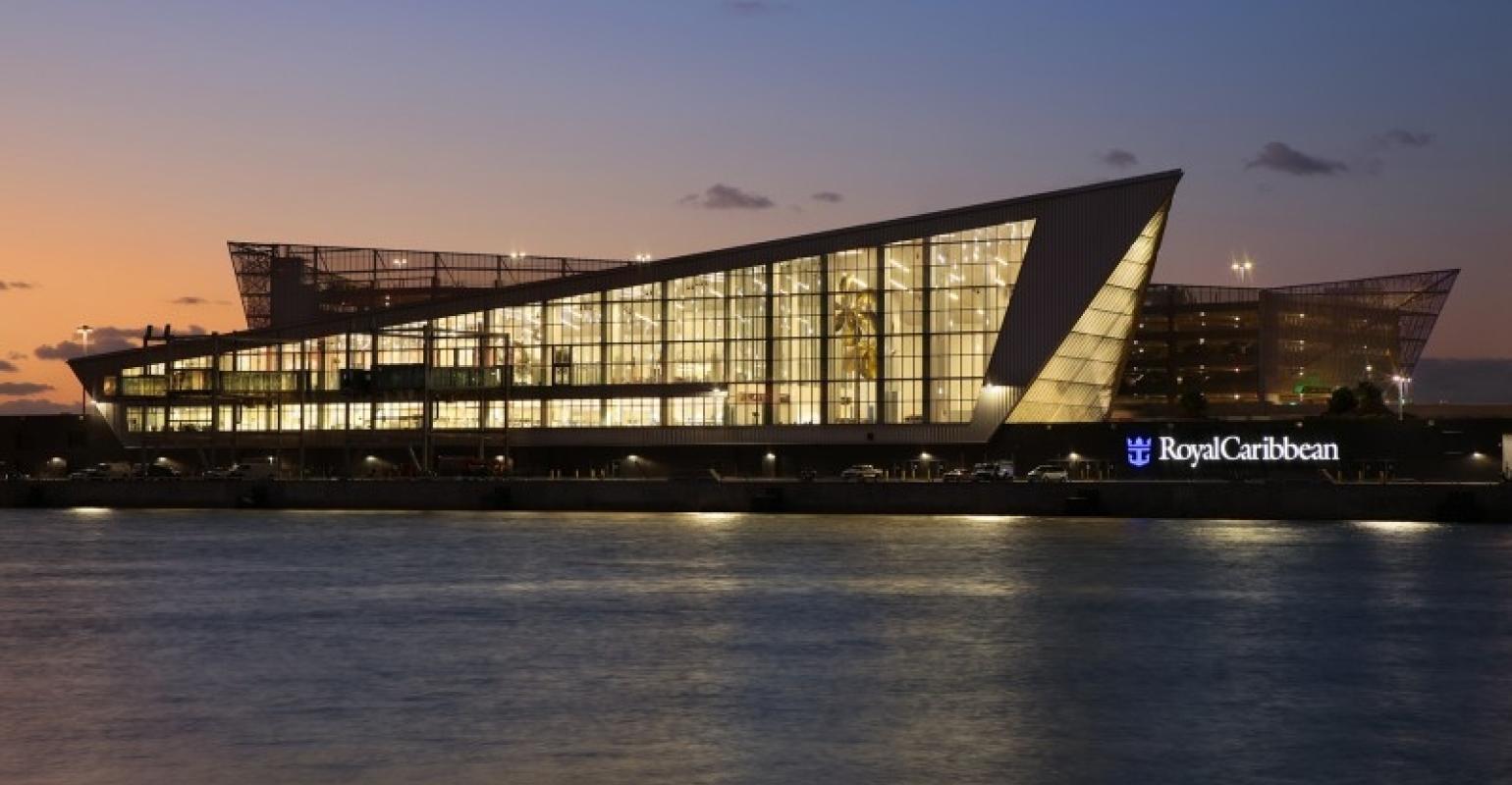 Terminal A covers 170,000 square feet and will serve Oasis-class ships including the newest, Symphony of the Seas
Royal Caribbean Cruises Ltd. opened Terminal A at PortMiami. It is the first terminal facility at the port to be funded and operated by a cruise line.

The 170,000-square-foot terminal sits on a 10-acre site and will be home to the first Oasis-class ships ever to dock in Miami including world's largest cruise ship, the new Symphony of the Seas, due to be named there, and Allure of the Seas.

'Terminal A is an important milestone in the growth of the cruise industry in South Florida and underscores our commitment to Miami, where our company was founded almost 50 years ago,' RCL chairman and CEO Richard Fain said.

Miami-Dade County Mayor Carlos Gimenez said the facility will enable the port to go from serving 750,000 Royal Caribbean passengers annually, or roughly 15% of the port’s overall passenger traffic, to 2m a year.

Called 'Crown of Miami' for its two peaks resembling passing ships, the terminal is touted as the most innovative cruise facility in the US.